This coming weekend is the exciting Banque Scotia 21k in Montreal. Montreal is a fun city, and so is this race. With a strong showing of elite competitors, an opportunity to run twice in one weekend, and a ‘post race party site’, the Banque Scotia Half is sure to be a great event. As a result of ongoing construction inside Parc Jean Drapeau, the Banque Scotia 21k course will be slightly different this year. Despite these course changes, the Montreal race has still attracted a strong elite field.

The event is a part of the 2018 Canadian Running Series. This series awards points per race to national elites, and provides prize money to top athletes at the end of the season. Leading the elite fields are two former Canadian Running Series champions, Tristan Woodfine and Leslie Sexton. Both athletes are coming off wins at Toronto’s Spring Run Off 8k which took place April 7th.

Here are some of the exciting elites to watch:

Tristan Woodfine 24, Cobden, Ontario: Coming in with a strong half marathon personal best of 1:05:28, Woodfine intends to use this race as a training effort to set himself up for the Scotiabank Ottawa Marathon on May 27.

Kip Kangogo 38, Lethbridge, Alberta: With the fastest personal best of the competitors of 1:03:22 and a previous win in Montreal in 2016, Kangogo is excited to open his season. He looks forward to the fun race environment Montreal provides. Kangogo will use this race as a jumping off point for the rest of his season.

Francois Jarry 24, Athletisme Ville-Marie, Montreal, Quebec: The defending champion of this race, and McGill University student has emerged as one of Canada’s top runners. With a personal best of 1:07: 23 from this event last year, Jarry is hoping to put forth a good effort in front of a hometown crowd.

Leslie Sexton 30, London Runner, London, Ontario: Sexton has set this race up as her ‘goal’ half marathon for the spring. Despite injury in 2017 and course changes, Sexton hopes to run a strong time.

Sasha Gollish 36, University of Toronto TC, Toronto, Ontario: Gollish recently competed at the IAAF World Half Marathon Championships, finishing in a time of 1:11:52 just off her personal best of 1:11:05. Gollish’s personal best is the third fastest all-time Canadian women’s half marathon time. Despite a difficult winter, Gollish hopes to bring the momentum of her great run at World Half Championships into her race in Montreal.

Anne-Marie Comeau 21, Laval University, Montreal, Quebec: Having split her time between cross-country skiing and running, Comeau comes back to the running scene fresh off the 2018 Winter Olympics. This is the Quebec native’s first half marathon and she hopes to run under the 1:20:00 mark in front of a hometown crowd.

Who to watch, predictions and what teams to look out for

Alberto Salazar ban upheld by Court of Arbitration for Sport

British marathon runners went the distance, as race was 586 metres too long

4 common running form mistakes to watch out for

Study: stretching may be a good idea after all

Will running help you build muscle?

The new Apple Watch Series 7 has the largest display yet 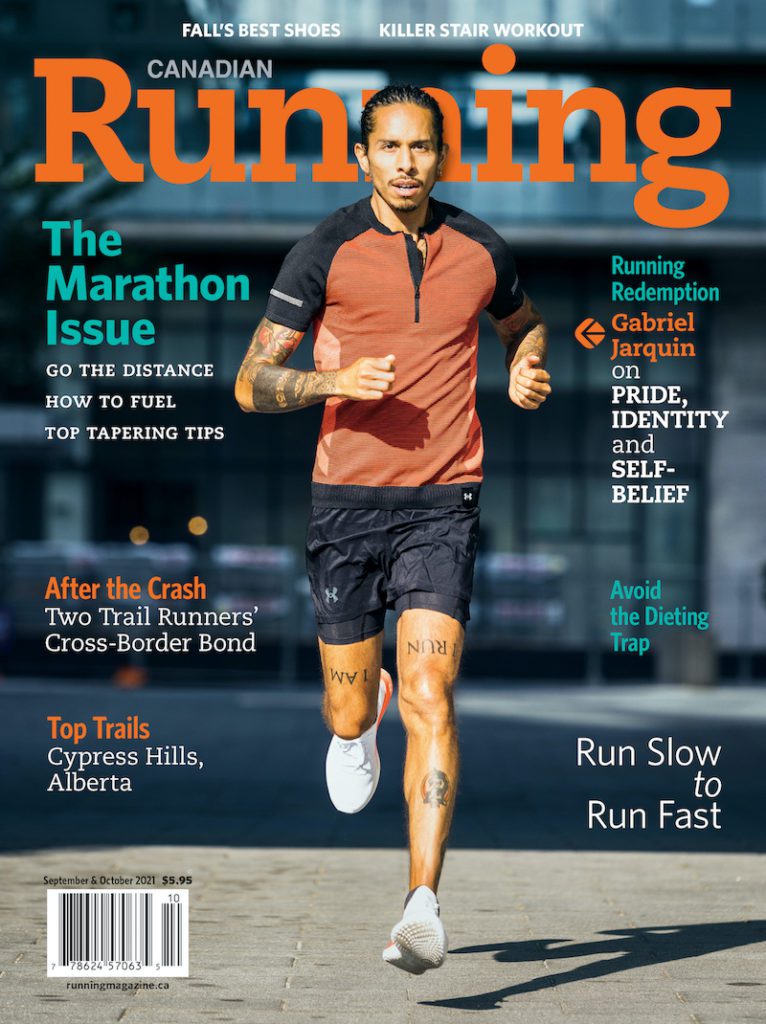 Alberto Salazar ban upheld by Court of Arbitration for Sport

The Calgary Marathon hosts the largest race in Canada since pandemic