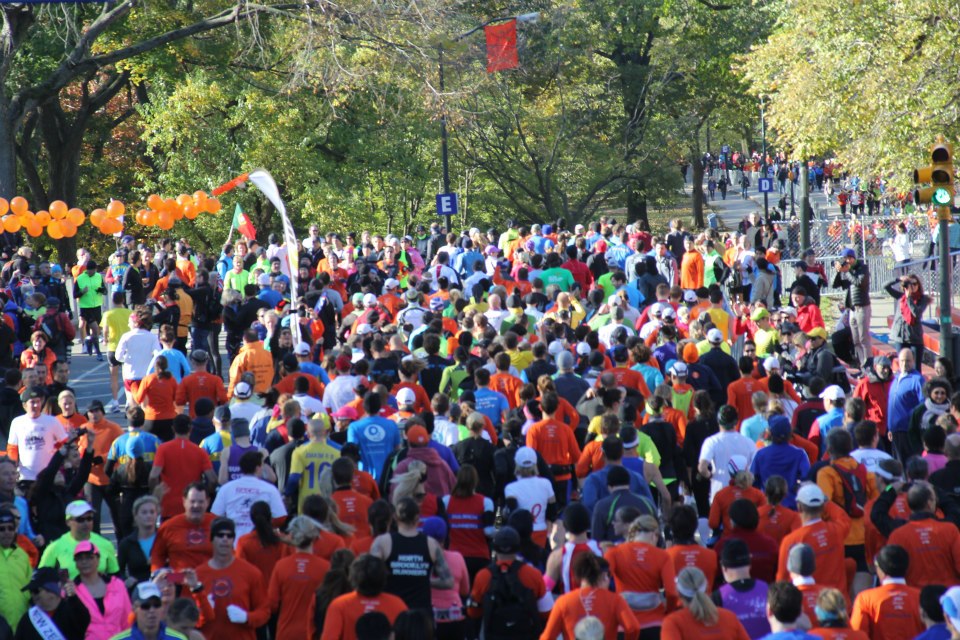 Rowan, a Guelph, Ont., massage therapist, decided a few years earlier that she wanted to run a marathon, but only if it was going to be a big destination race. She had applied to the NYC Marathon’s lottery selection for three years and knew she would be selected in 2012 because after three previous lottery applications she was guaranteed entry.

Her and her friend’s, who had all already raced in New York, followed the weather closely the week of, anticipating Hurricane Sandy’s arrival and aftermath. They decided that “if the flight goes, we’re going to go.”

The flight took off and made it to New York City fine. The group went to the expo to pick up their race kits and it was packed, but that evening while getting ready for dinner heard the news that the marathon had been cancelled because of the hurricane.

“My friends who were with me and who had all been there said ‘Okay, let’s start drinking.’ We were all there and we weren’t going anywhere, so they were just going to party. […] I think I felt the loss more than they did because I was the first timer and I didn’t have the experience of the race and all the hoopla that goes along with it.”

Rowan didn’t want to spend the evening just partying when she was there to run.

Before long, Rowan caught wind about the other races that would be happening the next day in Central Park. She showed up in the park the next day to run with Run Anyway NYC 2012, an impromptu group that was going to run four laps of Central Park, equal to a marathon and the original route of the NYC race. It was put together at the eleventh hour by two charity runners who felt obligated to run the marathon because of all the pledge money they had received. They asked runners to donate startline clothing and cash for hurricane relief funds. The group still exists today, using the 2012 cancelled race as a springboard.

Rowan said there were thousands of people in the park for various races and runs that had sprung up after hearing about the cancellation, but she couldn’t give a close number.

“My friend from Calgary was with me, and he said ‘this is bigger than any race I’ve gone to in Calgary,'” said Rowan of the number of people who showed up. “That’s kind of the only reference I have.”

She set off with a friend, who had promised to run at least one lap of the park with her and before long there were spectators all along the race route. Spectators came out with skids of bottled water, providing water stations and support for runners who had still shown up to run the event.

In the end, Rowan had a friend alongside for most of the race. One friend ran the first lap of the park with her, another the second, and two more ran the third and fourth laps.

“I almost feel like it was better than the actual race,” said Rowan. “It felt absolutely unique. […] That opportunity is never going to happen again. People came together and did something so quickly and so well — and did such a good job of it — that I don’t think that’s a chance I’ll ever get again.”

She might not get another repeat of the event that unfolded in New York after Hurricane Sandy in 2012, but Rowan has used her guaranteed entry from that weekend to sign up for the 2014 NYC Marathon. She’ll be training this summer to get ready for another shot at running the New York City Marathon next fall.