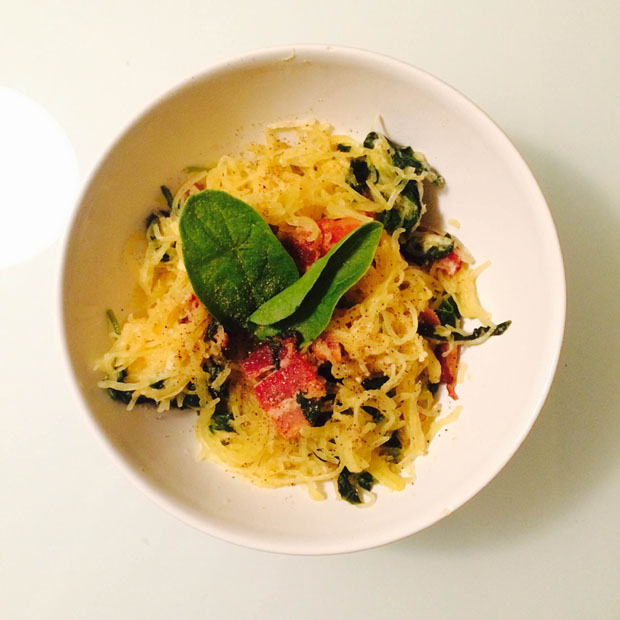 Sometimes simplicity trumps complexity. The idea of keeping things simple is a novel concept, but one that rings true in many aspects of life: food, training, relationships, outfits. At the end of the day, simple is best. I tend to forget this when planning a menu to have guests over for dinner. I initially think that I have to make some grand meal with exotic spices, or more complex cooking techniques. Only then do I remember that, as long as my guests are hungry enough, anything will taste good.

Spaghetti squash seems to be one an “in” foods these days. Everyone who wants a lower calorie option from spaghetti, or needs a way to get some more vegetables into their meal, this is a great alternative. It’s filling, warms you from the inside out, and is an excellent base to any sauce or topping.

So, as the weather slowly turns for worse, the desire for warm and hearty food increases. This was exactly the case last night when I came home from yoga with the lovely Katherine Moore: a great runner and friend, as well as a soul-soothing yogi. When I got home, I realized I had a spaghetti squash waiting to be consumed, and a few slices of the best bacon ever left over from family brunch.