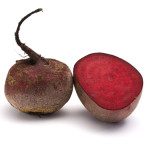 There are few natural substances that can boast the ability to guarantee performance benefits for endurance sport. In recent years, a new player in the arena of natural and entirely legal ergogenic (i.e. performance enhancing) aids is poised to take the most coveted spot as the most effective endurance booster. Ladies and gentlemen, meet the beet.

It is highly likely that everyone from the weekend warrior, the recreational runner, all the way to the elite athlete have considered, if not already experimented, with beet juice or some similar form of supplementation.

It all began back in 2009, when researchers from the University of Exeter in the UK published the first study which showed that a six day, 500ml/day supplementation of beetroot juice was effective for increasing the delivery of oxygen to the working muscles during a moderate exercise test and also significantly increased the time-to-exhaustion in an all-out exercise test.

Since then, research has shown that beets are a source of inorganic nitrate. When ingested, bacteria in our saliva convert the nitrate first into nitrite and then into nitric oxide, which acts in various ways to have a whole slew of important performance-boosting effects. These include decreasing blood pressure, improving blood flow and delivery to working muscles, enhancing muscle contraction and even increasing neuro-transmission. And while it is still not entirely understood which body mechanisms contribute to the observed endurance enhancement, few can argue with the real-life results that may include a 1-2 percentage improvement in your race result from a 5K right up to the marathon.

As an applied (i.e. real world) example, a 2012 study had recreational athletes perform two 5K treadmill time-trials, once after consuming beetroot (with more than 500mg of nitrate), and the other following consumption of a calorically equal placebo (with no nitrate). Findings showed that 5K run time following beetroot consumption was slightly faster (although not significant). However, the beetroot runners did run significantly faster in the final 2K of the time trial, and also reported a lower perceived level of exertion.

Subsequent studies have added to growing evidence that supports the endurance-enhancing ability of beets. A recent one by the same authors of the original research helped to explain what dose was most effective for maximizing performance. The key findings were that more tends to be better but there is definitely a ‘sweet spot,’ which seems to be between 500 and 750mL. Some companies are now selling concentrated beet juice in a “shot” which is roughly equivalent of 300mL of juice. They also found that peak levels occur at 2-3 hours after ingestion which should be considered when timing when you take it.

Beet users beware: There are a number of colourful but entirely safe ‘side-effects’ from a high consumption of beets. Don’t be surprised to see that the colour of your urine and stool may have a reddish tint that is the result of the digestion of various photochemical by-products. Also note: studies have shown that performance improvements result primarily from the whole consumption of beetroot vegetables and its immediate by-products. Taking nitrates, or even nitrites, in an ‘artificial’ non-food form may in fact have negative health effects and should be avoided. Finally, using mouthwash and chewing gum may also impair the conversion of nitrate to nitrite and thus eliminate the performance enhancing effect of ingesting beet products.