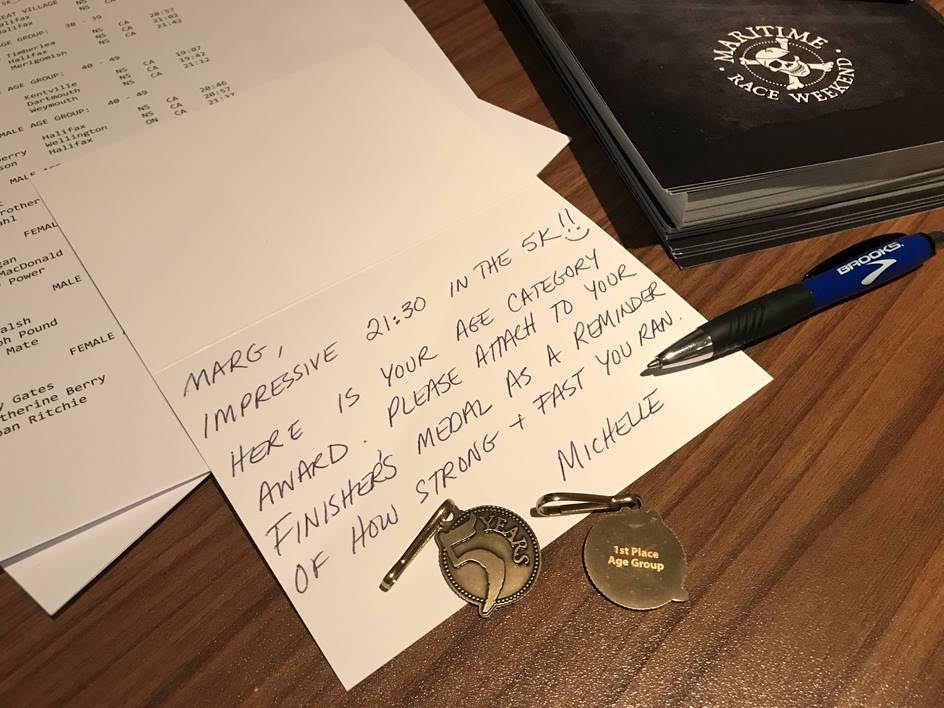 Shortly after Maritime Race Weekend last year, I discovered extensive water damage in our race headquarters. I quickly packed everything into boxes, then recruited an emergency pirate crew to help move everything off-site to a secure storage facility. During this quick evacuation, something very important went missing: the race winners and age category awards. This has bothered me for months. I’ve searched though boxes multiple times only to turn-up empty handed.

Six months later, the office roof, exterior and interior walls have now been replaced. As I prepare to reassemble race headquarters for the 2017 season, guess what I found? The box with the awards. Even though months have passed since the event, it doesn’t change the fact these runners trained, had an impressive performance and deserve recognition.

Approximately 250 runners will receive a hand-written congratulations and mini-medal next week in the mail. I figure, it’s better late than never.