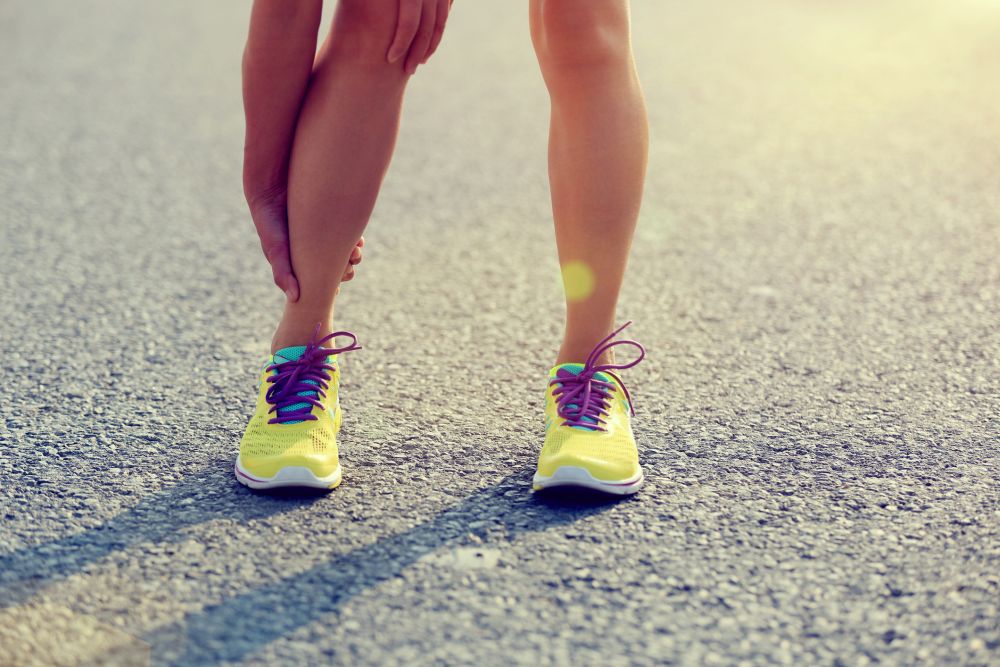 It was a Wednesday evening like any other, less than five weeks out from my moonshot marathon attempt. I’d just returned home from my group run—12K at an easy pace—when I noticed a strange sensation in my right leg. The lower part of my inner shin was throbbing in a way it never had before. It was a pain much different than the shin splints that had plagued me last season. “Uh oh,” I thought. I iced and stretched hoping it would be better the next day. In the morning, the throbbing had been replaced by a sharp pain that came with every step. “This can’t be happening,” I told myself. “Not now.”

RELATED: Can a naturopath help me unleash my inner speedster?

RELATED: Will group workouts bring me to my fall BQ?

Until that point, this training cycle had been going so well. I’d been careful and had been following the plan to a tee. Nothing felt off during my last run, though I did have some tightness in my shins at my speed workout the night before. Naturally, I feared the worst: a stress fracture. I had just recently heard that if not properly managed, shin splints can develop into stress fractures but mine hadn’t been bothering me at all this season.

I scoured the Internet in an effort to diagnose myself (as one does…) which accomplished nothing except making me more concerned (as usual…). I decided to take the Thursday and Friday as rest days. Then, I made a last-minute appointment with a physiotherapist, who I hoped would dispel the crisis warnings of Dr. Google.

The physiotherapist determined that it wasn’t the stress fracture I had feared. I’ve got a case of tibialis posterior tendonitis—a much less serious condition and one that wouldn’t require me to take an outright break from running. She gave me some stretches and strengthening exercises and sent me on my way, with instructions to prioritize a proper warm-up and cool-down, to ice the area and to listen to my body. I should be pain-free in a few weeks.

I postponed my long run and instead headed out for an easy 13K on Saturday as a sort of test. It wasn’t long before things started feeling normal. Much to my surprise, the pain didn’t worsen that evening. I hesitantly attempted my long run on Sunday: 36K along the waterfront. It was like the injury had never happened. Stranger still, the aggravated area wasn’t even sore afterwards. Somehow, running was the cure.

I was about to write this whole thing off as a false alarm, but Nike+ Run Club Toronto Coach Brittany Moran reminded me that this was my body speaking to me. I needed to listen—to make sure I’m giving it the rest, recovery and mobility work it needs. I took her words to heart.

To make the most of the few short weeks I have left, I touched base with Rejean Chiasson, an accomplished runner and the tough-love coach of Toronto’s Pace & Mind and Adidas Runners Toronto. He warned me that when I reach the peak of my training, I’m simultaneously at my strongest and my most vulnerable to injury. (I hadn’t even told him about my sudden-onset tendonitis.) He advised me not to cut corners, to stretch after running and to do some mobility work beforehand.

Fuelling, he said, is something that can make a big difference: “You can be the fittest person, but if you’re not fuelling well then you will crash and burn on race day,” he said. He advised me to up my gel intake to 1.5 to two gels per hour. What about those later stages when my stomach simply cannot tolerate any more? “Take some electrolyte drink, swish it around in your mouth and spit it out to trick your body into thinking you took in some sugar,” he said. Genius.

To help keep the taper crazies in check, Rejean gave me specific instructions: Begin tapering at two weeks out, with the first week at about 80 per cent of peak volume and the next at 50 to 60 per cent. Keep the frequency and intensity of the workouts the same, but reduce the distance and allow for more recovery time.