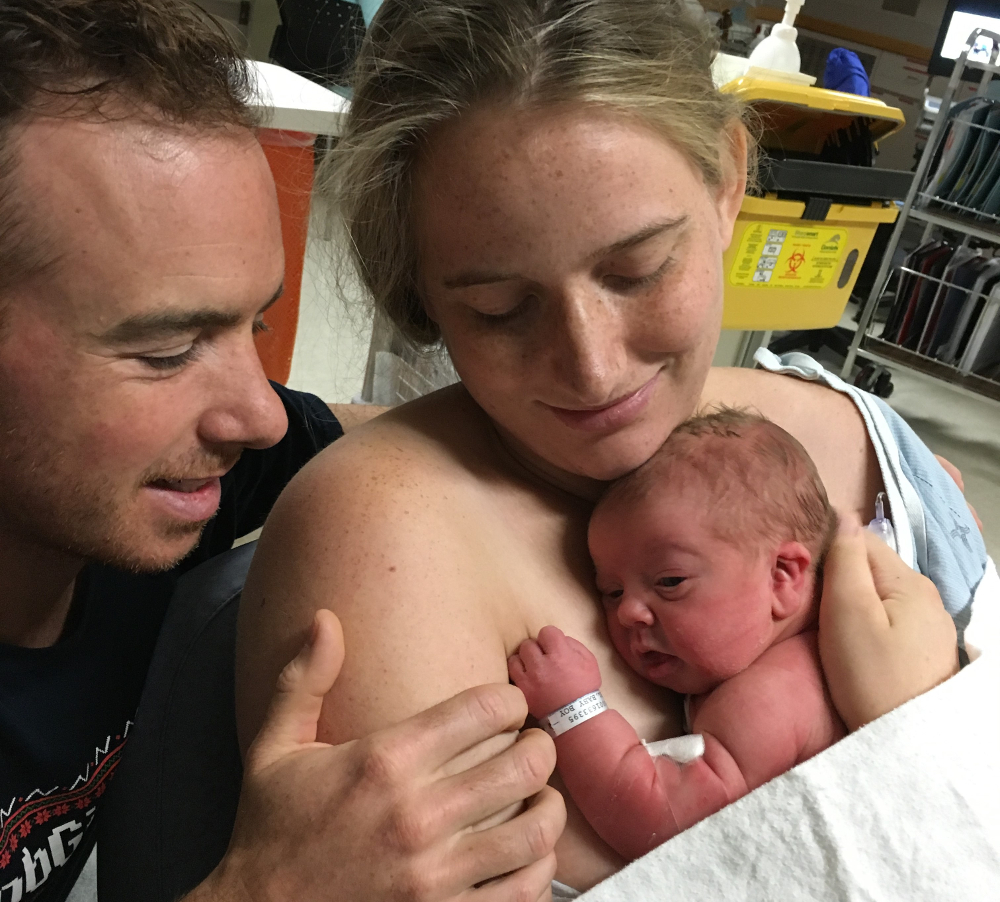 Reid Coolsaet has captured the attention of Canadian running fans having represented the country in the Olympic marathon in Rio last year and owning the second fastest 42.2-kilometre time ever run by a Canadian (2:10.55). Now, he is also a running dad.

In 2016, the Speed River Track Club runner got married and bought a home in Hamilton. It was Father’s Day when he and his wife, Marie, announced that they would be adding a family member to their new home. On September 30th, Louis Soehl Coolsaet was born.

In December, Coolsaet ran the famous Fukuoka marathon, finishing 7th and only 46-seconds away from the Canadian marathon record. Recently, Coolsaet took the time to talk about his role as a new dad.

Canadian Running: How has life been as a new running dad?

Reid Coolsaet: Being a runner and dad is great! When Louis was born, I was training for the Fukuoka marathon, I raced the Road2Hope 10K in Hamilton as a lead-up race and Marie and Louis came to watch. I ended up winning the first race I entered as a dad. It was also the first race Louis got to watch (though, he may have been sleeping). I then went on to have one of my best marathons ever, running 2:10:55. Louis was about eight weeks old when Fukuoka rolled around, I was just learning how to balance interrupted sleep and training.

CR: How is your running these days?

RC: Unfortunately, I’ve been injured since January. The good part is I was able to hang out with the family a lot more than usual for two months. Now that I’m cross-training I’m actually doing more minutes/week than I would if I were just running.

CR: Any good running dad stories from the Coolsaet household yet?

RC: I don’t really have any good stories yet but I’m sure as Louis begins to understand running, there will be lots. I’m looking forward to pushing Louis in the running stroller along the Bayfront trail in Hamilton. It’s flat, smooth, wide and no traffic so a perfect place for a short stroller run.

Coolsaet is currently dealing with a foot injury but his blog posts indicate that he’s doing well in the pool and on the bike and intending to be back running as soon as he can.

Check out Coolsaet’s blog to see how his training is going and for more baby pictures. Check out fellow running dad and blogger Noel Paine on Twitter @NoelPaine or on his personal blog.