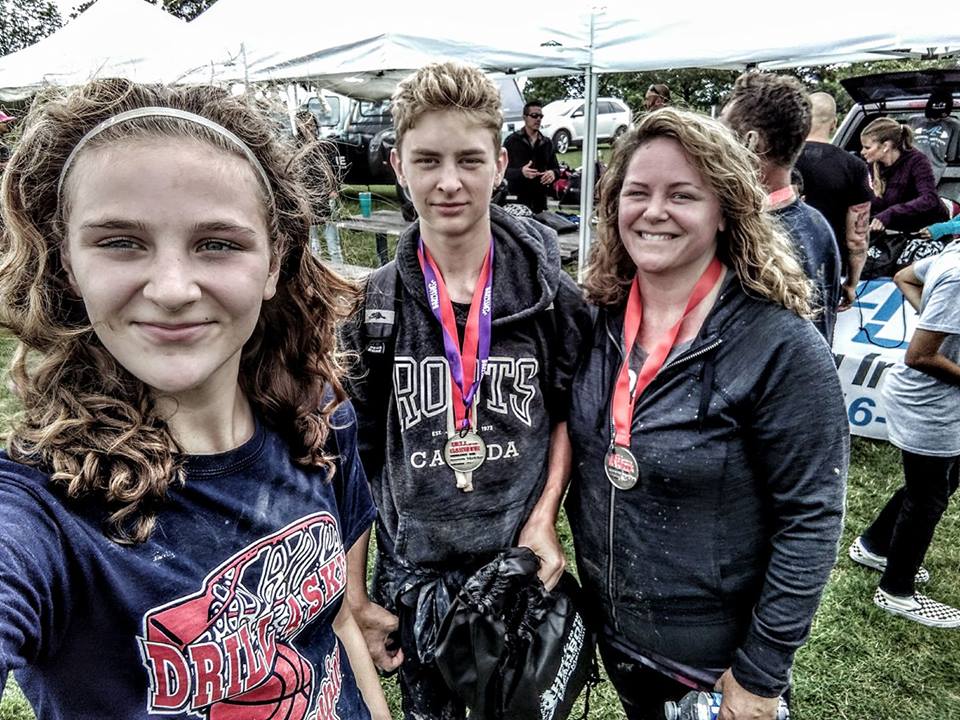 Not long ago, the kids and I participated in the ‘Hell in the Harbour’ race at Bayfront Park in Hamilton, a fundraiser for the Special Olympics. We got to run along the harbour, run through a war ship, and get serenaded by a bag pipe band. We ran with sandbags over our shoulders while military personnel shot water at us through a fire-hose. Was it fun? It was epic.

RELATED: After burning out, I let my son dictate my workouts. Here’s what happened

As the day quickly approached, the questions started. “Are you still going into the Horror in the Bay?” asked my Dad. I quickly corrected him, saying it was called “Hell in the Harbour.” But I have to admit, he was pretty close. In the lead up to this race, my nerves were starting to get the best of me. With approximately six kilometres and 18 military inspired obstacles, I started to think that my preparation should have included more than just raising the money needed for entry.

However, I was excited for this race. I always love getting to experience courses that are different and in the midst of this one, was an obstacle that brought us through the H.M.C.S. Haida that is permanently docked at the site. For me, this was a nostalgic element of the race. Growing up, we toured this ship with my war buff dad. Yet, this vessel isn’t exactly something that I’d normally seek out as a day trip excursion with my own kids. This was an opportunity to get them on this ship, and it brought back some of my childhood memories.

I asked the kids to run with me during this one– as in, stay with me throughout the course. They’re much faster than I am, but I wanted to experience this together. I also thought we could help each other with the obstacles along the way. At one point, they were holding my hands on either side of me, urging me along. They kept saying, “Hurry up Mom” and “stop sight-seeing and get going.” I really couldn’t help myself. The race course snaked through a shipyard, a yacht club, a military base and along the beautiful harbourfront. This is half the reason that I go into races: to see the sights.

RELATED: What one heart-warming moment taught me about race etiquette

There were many military personnel who were assisting with the race at the various obstacles, urging us on in their insistent, professional manner and in their uniforms and Canadian military-emblazoned jackets. Knowing that the obstacles we were attempting were only a drop in the bucket compared to the extensive training that they do on a regular basis, definitely put things in perspective. There were also several firefighting-inspired challenges, and at one obstacle, each of us got to run with a fire hose, open up the water stream and try to hit a target. The kids were saying that the race reminded them of Survivor– their favourite show.

My daughter did complain the whole race as to how I was holding her back. I think she found “her people” and fit right in with the many fit police and fire teams who were participating in this race together. I helped her through a couple of particularly high obstacles, and I quietly was happy that I could help her in some small way. The kids no longer complain about going into a race though. It has taken a-year-and-a-half, and now it’s just what we do. Running together is our new norm. My kids never cease to amaze me as they’re growing into strong, capable and fearless young adults right in front of my eyes, race by race.