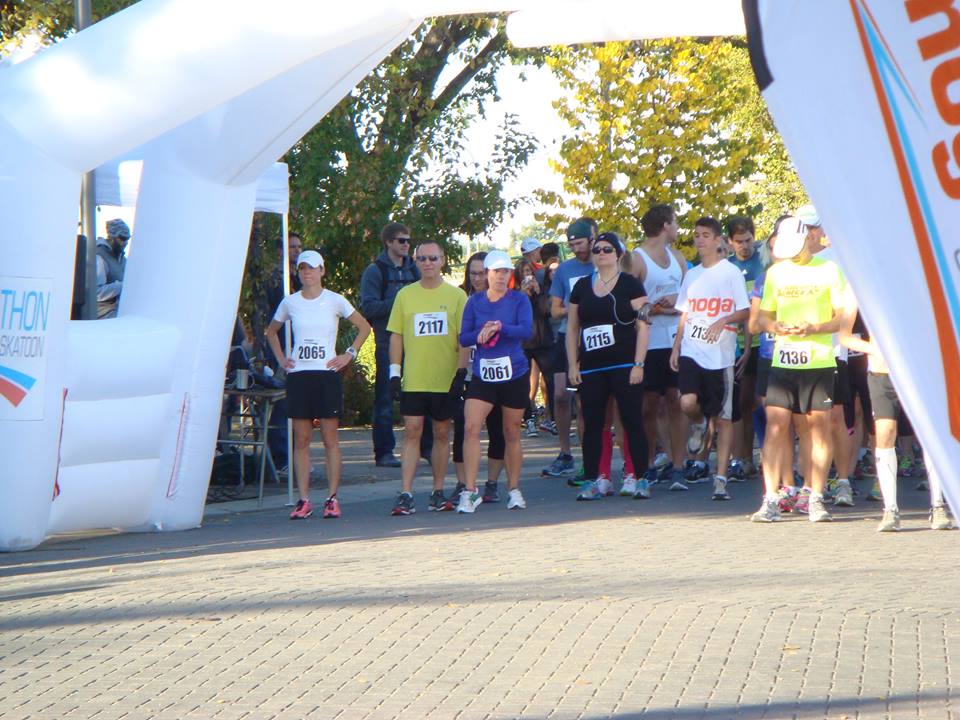 Up until this September I hadn’t participated in competitive sport in more than 13 years.

Busy with a career, I didn’t realize this was creating a huge void — I missed competing and all that came along with being an athlete. It was on a trip to San Diego this May when I realized, “I need to do that again.”

My competitive sporting days peaked in 1998 when I won the first-ever CIS (then CIAU) national championship in women’s hockey with Concordia University. There was a quasi-season that followed, but that was riddled with concussion symptoms which ultimately ended my hockey career.

Flash forward more than a decade and here I am running with the intention of stepping back into that competitive world. I’ve always loved to run, whether it was part of the many sports I played growing up, trotting through the farm fields in Ladner, B.C., as child, or later in training for hockey along the empty gravel roads surrounding boarding school at The Athol Murray College of Notre Dame in Saskatchewan. Over the past few years I started running again as a release — nothing too intense. It’s just something that’s always come naturally and I’ve enjoyed doing.

It was the revelation I had in San Diego that proved to be the game changer. When I returned home at the end of May, I started a 13-week training program in preparation for the Mogathon half-marathon here in Saskatoon. I had no idea how my body was going to respond to the training or to the race, but so far it’s been positive.

I took to the starting line on Sept. 20 and I completed the 21.1K in 1:39:40 – earning a first place female finish overall. It was a beautiful day! My body and mind responded well — the first round of training had worked, but I knew there was much more ahead.

I’m now working toward chopping a good chunk of time off that 1:39:40 with my sights set on the Fort Langley Historical Half-Marathon in February. For the next couple of months, my training will focus on speed and strength and I’ll be capping it off with a mock 10K race in December to test it out.

So for now, here’s to the next round of training!

Five things I’ve learned so far about coming back: