Allegra Swanson isn’t running just to get fit but she’s not in the top ten either. In her new blog, she’s telling us her stories about what it means to be a 60K a week runner who commits to training– while keeping the rest of her life in focus. 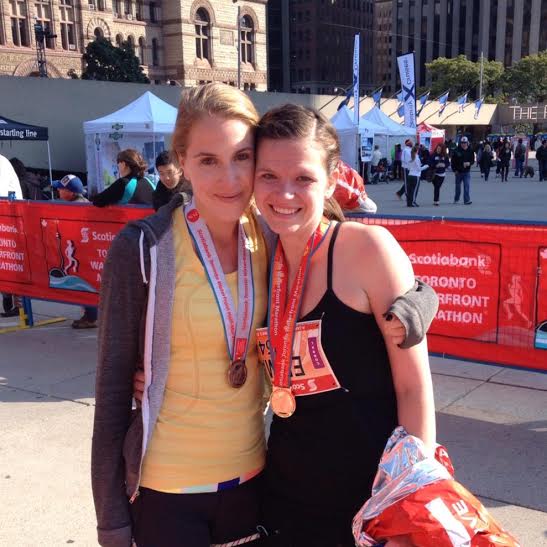 It’s tough to be a middle-of-the-pack runner. You’re not out there to simply get a little bit of exercise, nor are you hitting near-elite times and running hard every single day. I’m never going to be a serious athlete, but I’m not out running just to meet up with friends either. It’s hard to define yourself as a runner when you stand in this middle ground. For me, working with a coach this winter and spring is the push I’ve been waiting for. According to my coach, I’m about to “actually train for a race for the first time.” That’s fair.

Here’s some background on me. In the spring of 2013, I joined a running group. Winter was over and I was sick of the treadmill. I had been working with a nutritionist to lose a significant amount of weight. My reason for taking up running is similar to many others: to burn the most calories in the shortest amount of time. But I soon realized that having a weekly social meet-up and being able to indulge my competitive side led to actually enjoying running. Then there was the feeling of achieving goals.

I signed up for a Give-it-a-Tri triathlon in 2013. I placed first in my age category and was onto my next goal: a half-marathon. I signed up a week before the Scotiabank Toronto Waterfront Marathon (STWM) in 2013 and felt semi-prepared. I had done my long runs hitting 18K. My goal was to just run it. I finished in 1:54 and was thrilled to break two hours. The following spring, I chopped that down to 1:48. 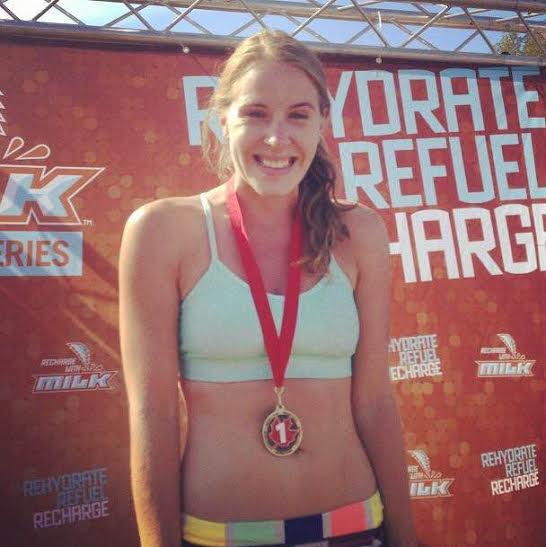 My goal became to return to the Scotiabank Toronto Waterfront Half-Marathon in the fall and run 1:45. The idea of running 5:00/km was daunting. I figured I could work hard to pull it off. But over summer, training was harder than expected. There were BBQ parties, patio drinks after work, cottage weekends, I also got engaged in August. I did my long runs, but speed and tempo work fell by the wayside. When fall came, I finished with a pace of 4:59/km much to my amazement. My finish time? 1:46:30. I was glad to PB, but still wanted to eventually hit that 1:45.

I continued to run all through winter but 2015 was busier than I could have imagined. I was spending my time planning my wedding for the fall. Then my fiancé and I bought our first house and proceeded to renovate. I knew in January that this wasn’t my year to run my 1:45.

I found a club in my new neighbourhood — it was a big difference from my casual 5K group near my old apartment: these people were fast. As 2015 came to and end, a few members came together to create a running team with three dedicated coaches. I decided that this was my opportunity to reach my 1:45 goal.

Setting up my new plan early this year was interesting. Here’s how the initial conversation went:

Coach: “How many times can you run per week? Five? Six? Every day?”

Needless to say, this January has been a whole series of firsts for me. Hitting a weekly mileage of 60K the other week was insane and it’s been a learning curve to balance my work schedule and social life.

RELATED: How to run your best half-marathon

That first week of January was a shock. I now run Tuesday and Thursday nights, Friday morning at 6 a.m., Saturday at a more sane hour and Sunday at 8:30 a.m. for our group long run. I’m at the gym twice a week for strength training and I try to get to at least one yoga class per week to stretch it all out.

Anyone else who is a middle-of-the-pack runner probably gets one of two wildly different reactions when mentioning their training plan. One guy in my group wasn’t phased at my training and proceeded to tell me he was “taking it easy” and “only” hitting 80K that week. On the other hand, when I told a friend I was leaving a party at 9:30 p.m. on Saturday night because I had an early morning run, she looked confused saying, “But you just said you ran 12K today.”

I’m looking forward to the adjustments I’m making. Over the next three months, I’m going to be sharing stories from the perspective of someone who isn’t on the podium for a half-marathon, but is maybe in the top 50. I’m the type of runner who gets out five times a week and is still the first to suggest going out for a beer after work. I can’t say I’m enjoying the training yet, but I feel empowered by committing to running a sub-1:40 this year.