Dorsiflex. Boston Strong. These words kept repeating in my mind as I set out for my training run last Wednesday. It was the day Dzhokhar Tsarnaev was found guilty of all 30 charges in the bombing of the 2013 Boston Marathon. And it was the day after my coach, Jason Warick, and I had spent time working on dorsiflexion. 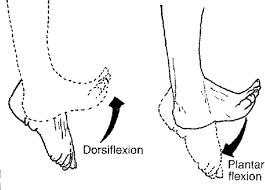 For those not familiar with the term, it’s essentially contracting your shin muscles to raise your toes up (see the diagram). This is part of some foot-strike tweaking we’re working on. I’ll get into it further in a future blog, but for now it’s enough to know I’m working on it, which means I’m focusing on it during my training.

So, as I was running along last week — hours after the verdict — the bomber’s face and the faces of the victims of the bombing were playing over in my mind. American runner Kara Goucher tweeted a photo out — a visual reminder of the lives taken that day.

There I was, crossing one of Saskatoon’s train bridges, reminding myself to dorsiflex, this technical term juxtaposed with the thoughts of the bombing.

Let us not forget the victims. #BostonStrong pic.twitter.com/0i4v01MsvX

Boston Strong is driven by passion, feeling, emotion, community and next Monday it will turn to action as thousands of runners line up to run the streets at the 2015 Boston Marathon.

I don’t think there’s an athlete out who will complete a run over the next several days without thinking about the bombing, the verdict, the victims and the remarkable spirit that has emerged as a result — Boston Strong. It’s an inspiration for all runners, year-round, but it takes on a special significance in these days before the race.

It’s an energy source for all runners to draw upon. I like to think as I hit the road this week there are many others out there with the words Boston Strong running through their own minds, using its energy when things get tough. When the road looks too long, or the hill too steep, there it is, floating around up there, “Boston Strong.” It’s powerful.

And, to all those running the race this year: have fun, run fast and be Boston Strong.