The Scotiabank Toronto Waterfront Marathon has landed one of the top marathon performers in history in Dickson Chumba. In the last few years, the event has attracted some talented athletes, but Chumba is easily the most impressive. And what’s most exciting about the 30-year-old Kenyan is that Canadians are going to get to see him race in his prime.

Chumba is known for being a tough customer. He won the pacer-less 2015 Chicago Marathon by executing a flawless tactical race. He’s also run a few scorchers, including the lighting fast 2014 edition of Chicago, when Eliud Kipchoge led the field and Chumba finished third in his PB of 2:04:32.

But perhaps Chumba’s craziest race came just this year, when he kept pace with Wilson Kipsang for nearly 35K, as both attempted to break the world record. Kipsang put down some jaw-dropping splits through 30K, and only Chumba was able to keep up.

Canada’s all-comers’ marathon record of 2:06:54 is a relatively pedestrian time for a marathoner of Chumba’s talent. It should go down on Oct. 22 if Chumba stays healthy and catches a reasonable day for racing on the streets of Toronto.

Let’s take a look at a collection of Dickson Chumba’s impressive stats as a marathoner.

Chumba’s pace per kilometre for 35K of the Tokyo Marathon earlier this year, which was at world record pace until 30K

Chumba’s average time since his 2014 breakthrough

His slowest marathon to date, the 2013 Boston Marathon, where he finished seventh in an incredibly slow and unevenly paced race 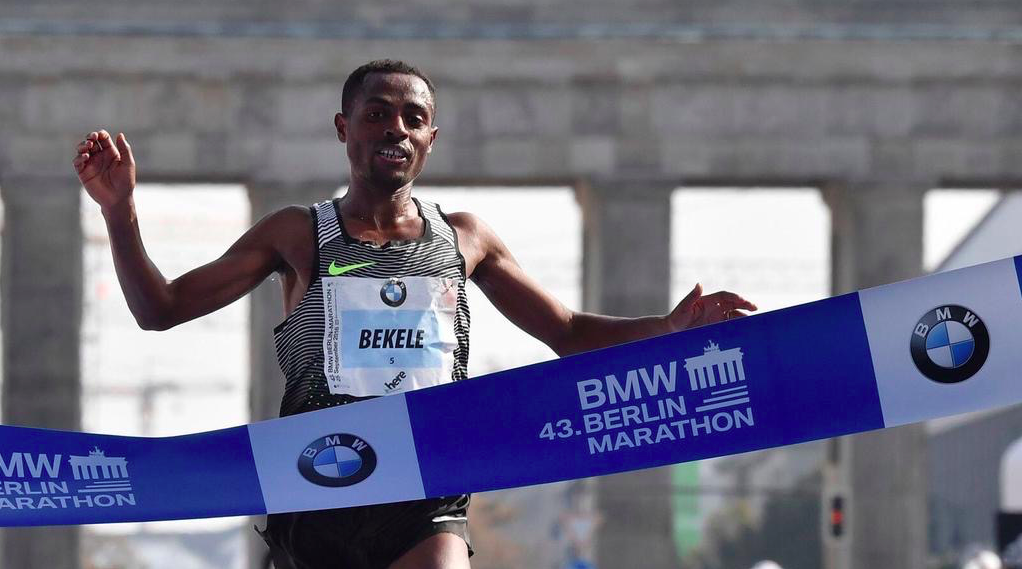 A consistent performer at the World Marathon Majors

The Kenyan has been a consistent performer, averaging 2:06:42 since his 2014 breakthrough in Chicago