Congrats to everyone who did the Sunset 5K this evening! ? #maritimeraceweekend #goodtimesinthemaritimes

Every year, something unexpected happens at Maritime Race Weekend. This year, city officials informed me that due to extremely dry weather, our amazing firework show would be cancelled– unless I could last-minute secure a fire-truck and team of fire-fighters. I had less than twenty-four hours. And asking Mother Nature for rain wasn’t something I could depend on. Instead, I phoned a friend: Steve Gallant (a local volunteer fire fighter and runner).

When Steve heard our community’s marathon needed help, he arranged a fire truck and recruited a team within hours. Unknown to many, the fire fighters had to be on the beach hours before the fireworks even began. That meant that Steve would have to sacrifice his plans of running the Sunset 5K with his friends. As we enjoyed watching the spectacular fireworks display, the firefighters were busy ensuring that any fallen cinders were extinguished upon landing. This isn’t an easy task either, especially given that they had a large area to cover and a significant amount of tall grass surrounding the beach to make things more complicated. 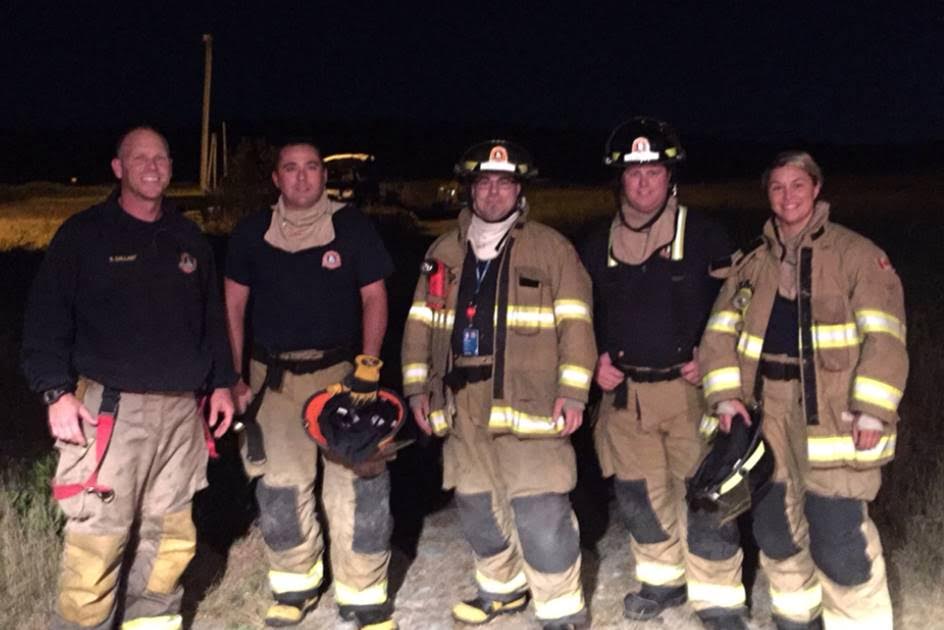 To make our firework display a reality, Steve also took Friday as a vacation day to hammer hundreds of metal stakes into the ground, install parking signs around the community and lead the team in setting up the race site. He didn’t stop there. He got up before sunrise before he ran the half-marathon on Saturday morning, to install over one-hundred cheer signs for our marathoners.

The day after the race and before the rest of the team was even awake, Steve was taking down hundreds marathon signs around the community. I have to say, this guy is an example of one dedicated member of our pirate crew. Maritime Race Weekend is a community marathon, organized by neighbours. Our marathon’s success is because of community heroes like Steve.