After Remembrance Day seems a good time to think about the freedom of running. It is not often that we think about how easy it is for so many of us to just head out the door for a run. How often do we think about the times when countries were at war and for many it was not safe to run; or when many weren’t running for fitness but for their lives.

So many are connected to those who fought in the war or who have friends or family who currently serve in uniform. My grandfather served in the Second World War and was aircrew on the big Lancaster bombers that flew during the war. He met my grandmother who worked on the Spitfires in England. Both have passed away and I never really got to know them well or ask them about their time in the war. I served briefly in the Canadian Armed Forces and made it to the rank of Air Force Captain. 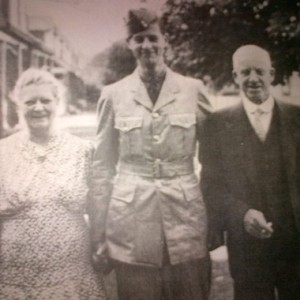 In the past little while, like many others in Canada, my heart and thoughts have been affected by the recent events and the killing of a soldier in Ottawa.

Many Canadian runners went to war, those who won races and those who were just amongst the field. The Canadian Olympic committee, in an article, name runners who wore not only shorts but a uniform. The names include Alex Decoteau, who competed in the men’s 5,000m at the 1912 Olympics, James Duffy,the 1914 Boston marathon winner and Olympian, and the legendary Tom Longboat. Only Longboat returned home.

Remembrance
I paused for a day on Nov. 11 and bowed my head for those who fought and fight for our freedom. I also made sure to get a run in.

When out for a cool fall day run, when the cold wind blows dried, yellowed grass and mud is a stiff, cold brown, think of those who fought during the world wars, mere moments from the last of their lives.

Embrace your freedom. Embrace every chance to run. Run on folks.

Do you have a story to tell?