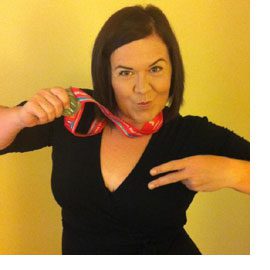 The day that this photo was taken, was one of the happiest days of my life.  I had just set my half marathon personal best.  It was my 38th birthday and I was celebrating that I was a middle-of-the-pack runner.  Some may not think that’s a reason to celebrate, but as someone who used to weigh almost 300 pounds – it was the healthiest and most active I’ve been in my life. Running a half-marathon on my birthday, was a gift to myself.

It’s amazing how much your life can change in two years. This year I’m turning 40, I’m not running due to injury and my greatest hope is to build my running back up to comfortable a 5K by my birthday in October.

When I lost 120 pounds a few years ago, I promised myself that I would never stop running. Like so many other runners, I didn’t realize that an injury could and would stop me for so long. I injured my achilles, a tendon that can take a lot of abuse, but when it is finally done putting up with my ignorance, it took me out of action for eight long months. Of course, all I wanted to do was run again, but that process has been much more complicated than I’d expected.

Before my injury, I had hit my running career high – setting three PB’s within a 12 month period – 5K in 25:00, 10K in 52:00, and I managed to knock 36:00 off from my previous half-marathon time, by finishing in 2:21. I was slightly obsessed with running as fast as I could, I would even run hill-repeats for fun. It felt amazing to be healthy, but ever since the above photo, my running and health have been in a rapid downward spiral.

This blog will explore both my struggles and small victories as I start to run again after my painful hiatus.  Hopefully, it will give other injured runners comfort to know that they aren’t alone and for those who aren’t injured, an opportunity to learn from my mistakes.

My road to recovery starts now.