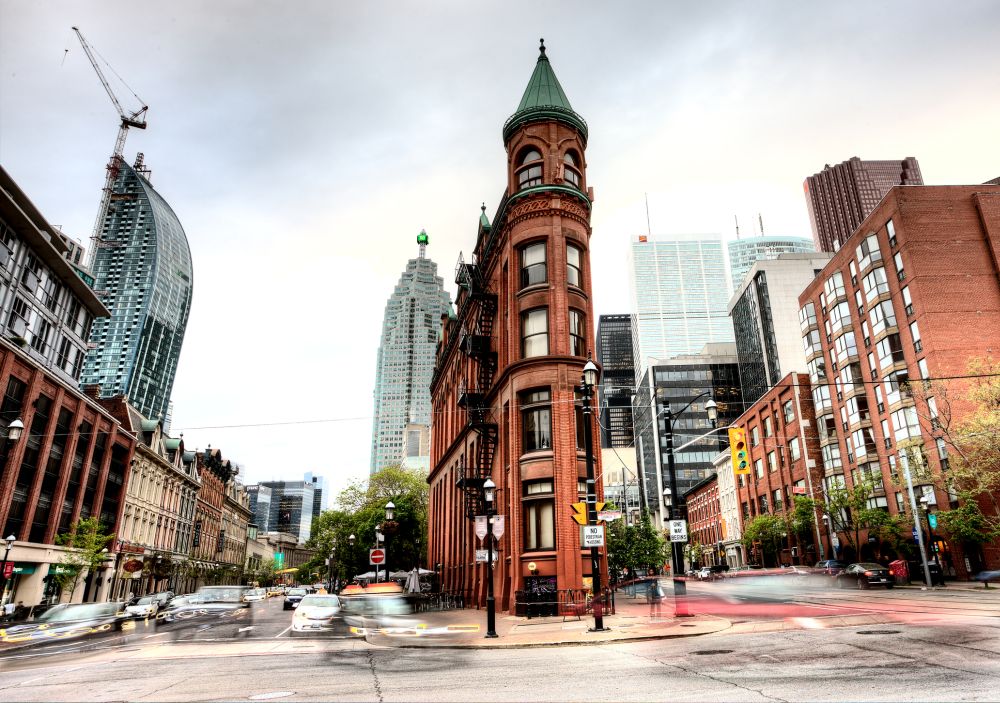 Kelly Bouchard is a Canadian Running contributor and a recent Toronto transplant.

If you happen to have read Robert Pirsig’s Zen and the Art of Motorcycle Maintenance, you’ll probably remember the author’s comparison of riding a motorcycle to driving a car. “[…]through that car window everything you see is just more TV,” he says. “On a cycle, the frame is gone. You’re completely in contact with it all. You’re in the scene, not just watching it anymore, and the sense of presence is overwhelming.”

This is a fine sentiment– the idea of being in the scene made me think of running. After all, on a motorcycle you yourself are not in contact with the pavement. When you’re running, on the other hand, you’re as connected to the landscape as you’re likely to get. That’s why for me, it’s the ultimate mode of transport when it comes to making the sense of connection, contact, immediacy — what Pirsig calls presence — overwhelming.

RELATED: I’m convinced my morning 6K is going to cure my YouTube addiction

But there’s actually something more. In a meaningful way, running not only puts you in the scene, but running along the land itself becomes a personal challenge. The world you run in, physically impacts you in the form of sore muscles and fatigue. Where a motorcycle rider is in the landscape, a runner is far more viscerally affected by it. Any rise or dip is not accommodated merely by tightening or easing the throttle; it exacts a physical toll felt in the legs and lungs. A motorcycle rider might remember a hill for the nice view she got at the top of it. A runner also remembers the feeling of earning that view.

For these reasons, there’s nothing quite like running for connecting you to a place, and earlier this year I had exactly that experience.

I had just moved across the country to Canada’s largest city from my small hometown in central British Columbia. I drove into Toronto in a little VW Golf loaded with all my worldly possessions, and felt the stereotypical small-towner dread as the city closed around me. I remember driving through the canyon of buildings on Bay Street on my first day, and something about the experience just failing to compute. I felt like an astronaut suddenly stranded on a foreign planet, and this sense of groundlessness did not abate even after settling into my new house and job. It was the feeling of being on the other side of Pirsig’s “frame.” There was a distance between me and my new reality so, about two weeks after the move, I started going out for long nighttime runs.

I’d leave my house around 9:00 p.m. after the traffic had died down. I didn’t stick to predetermined routes, but instead let the city determine my path through the language of traffic lights and dead ends. If I got to an intersection, I went whichever way the lights allowed. If I came to a cul-de-sac, I doubled back. Some nights this led me in circles, other times I’d find myself traversing warrens of industrial streets, commercial thoroughfares, or quiet neighborhoods. On rare occasions I wound up on the waterfront, or paths that led through city parks or greenways.

I ran like this three or four times a week for the first two months. Slowly, I felt myself becoming more and more a part of the scene. With each run, I internalized more of the Toronto landscape. I’d wind my way up a darkened ravine and emerge at the top feeling a fresh burn in my calves. I’d descend the staircase from Castle Loma and feel my quad muscles firing up with each step. The final hill before home became the ache in my lungs as I pushed myself the last hundred meters. The paths in High Park became the tension in my ankles and knees as they adjusted to the small imperfections underfoot.

After two months, I switched back to more conventional 6K and 10K routes that I’d hammer out in the morning before work, but the effects of my early nighttime explorations have remained. Those effects are a big part of why Toronto today feels like home. These days when I head downtown and look up at the buildings, I’m happy to notice how comfortable I am. The feeling of groundlessness has vanished. The frame is gone, and the sense of presence surprises even me.