Our blogger Noel Paine’s life is now filled with baby bottles, a burping infant and diapers. In the middle of this, he grabbed hold of an opportunity to celebrate his 40 years of life with a very long run. 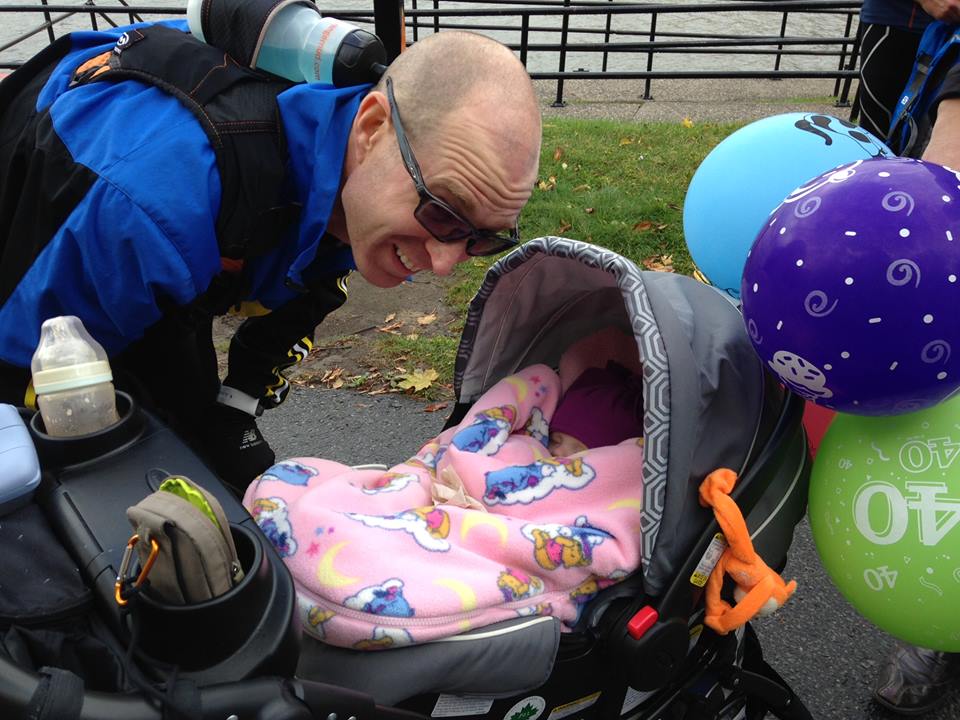 I have been running for 28 years. I have been a dad since May and at the end of October, I celebrated four decades of life. This year has been a big year of change for me.

I never really thought about hitting the 40-year milestone or how I would celebrate. I was more caught up with adapting to life as a new dad. Coming up to my birthday, my wife jogged my brain when she asked me if I wanted to do something special, like a run to mark my birthday. She had not idea what sort of foolish thought process she unleashed.

Those thoughts led to a plan. 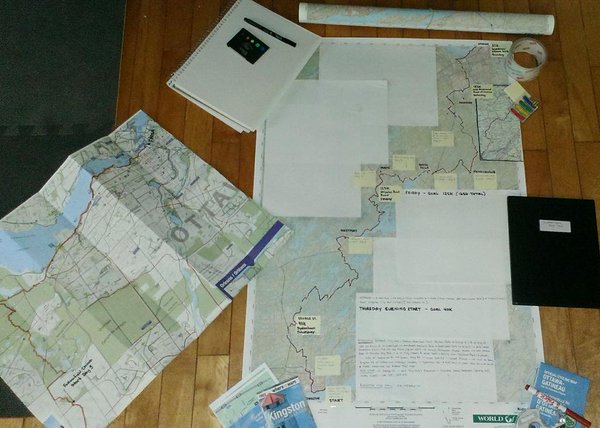 I got stuck on one idea fast and couldn’t let it go. It was to run from Kingston, Ont. to Ottawa taking in as much of the Rideau Trail as I could. A trail record attempt changed to just pushing my limits in the time I had allotted and running as much as I could in two-and-a-half days.

I teamed up with another crazy runner named Nick Brindisi who would become a new friend after many hours of running together on our multi-day supported run. We estimated that we could run close to 300 kilometres. We left our sanity behind, prepared our gear, found a van and got family and friends to help.

With running packs, head lamps and an aggressive wind to battle, we put in an easy 40 kilometres in four hours on the first evening along tame rail and trail paths. We stuffed food into our faces and got four hours of sleep in the back of a van. The next two days were 14- to 16- hour days and 190 kilometres of running, hiking and walking through park, path, puddles and dirt roads. On the last morning, we had 28 kilometres to run. It involved dragging our tired, beat up bodies into Ottawa with the help of a few friends who came out to prod us along. 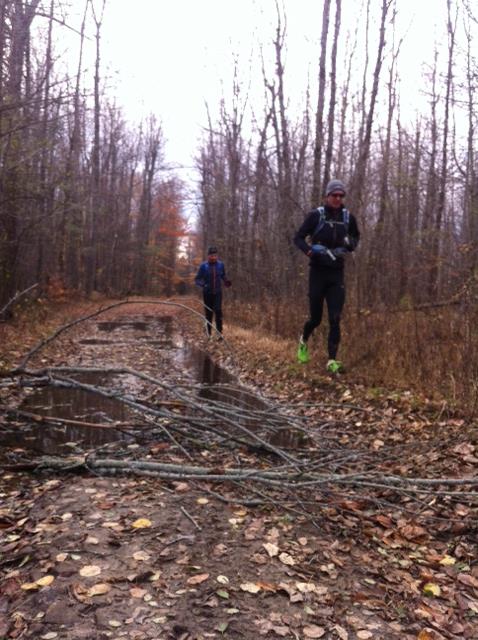 We slowed to a fast walk for much of the last morning. I had an incredibly sore shin and ankle. I gritted my teeth to run the last 300m with my teammate. I leaned over exhausted and wiped away tears of pain and relief. My wife and little one along with a few friends and family greeted us at the end. The two of us were happy to see that brought chocolate milk and doughnuts.

We had run 258 kilometres in just over two days and to give it something extra, we did some good through running by raising $1000 for the fight against cancer.

I wanted to do something to mark my birthday. Like life, the plan changed as time went along. I had to adapt and re-evaluate many times. It was a perfect adventure and time to reflect on life and running.

Dream big and run on my running friends.

Stay tuned for upcoming runner profiles (not about me!). Catch me on Twitter @NoelPaine or on my personal blog – No Paine No Gain.