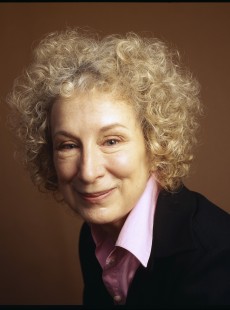 When he wasn’t inventing stuff, Thomas Edison obviously walked around saying cool things over and over until someone invented a fridge to tape them to. That, friends, is why the fridge in my house is adorned with Edison’s words; “Genius is one per cent inspiration and 99 per cent perspiration”.

Thinking on this epistle, I figure I have the perspiration thing down. I sweat so much I could demand a fee from the town for washing the streets as I run. If only ShamWow had a line of athletic apparel… Seriously, more perspiration is not what I need. In the past few days where running 23K contributed a modicum of boredom and a set of sore quads, I need the one per cent. I need inspiration.

It’s controversial in running circles, but racing for a cause is just the sort of inspiration many people use to get them over the line. A good cause can mobilize a nation. The best can see runners become an unstoppable locomotive of change. If you need an example, look no further than the millions raised for breast cancer research by the Run for the Cure . Dare I say a JUGgernaut (bdoom boom)?

Looking for my own inspiration, I searched for something new, something fresh, something the world could get behind. How could I go past Margaret Atwood? She of the curly mop top and wrinkled wit. Companion of the order of Canada… Scion of Canadian literature… Patron… Benefactor…Perfect!

You heard it here first. The Ottawa marathon will be the first annual ‘Run for the Curl’ in support of perms everywhere.

Forget pink ribbons, I’m wearing a lock of Saint Atwood’s hair – in a long overdue attempt to bring back the most carefree of coifs. By the time I’m finished, every runner will have a bounce in their step AND on their heads.

Within years, an army of Atwood’s girls – ‘Ata Girls’ – will thunder through every race on the continent, whether it be a barefoot five in the Mohave desert or a death race in Alberta. And should they slow, should they question themselves but for a moment, the crowds will chant ‘Ata girl, Ata girl,’ over and over, transferring their energy to those tired legs and driving their plot forward.

But as every chapter begins with the first word, mine shall be Atwood. I saw her downtown just the other day – and my new-found pace was useful for the ‘cut and run’ on a lock of her hair…

Keep the faith. Run for the Curl!

If you like my blog, drop me a line and I’ll add you to my mailing list to let you know when updates are on the site. Don’t worry, your e-mail address will be safe with me and my best Nigerian banker friends.