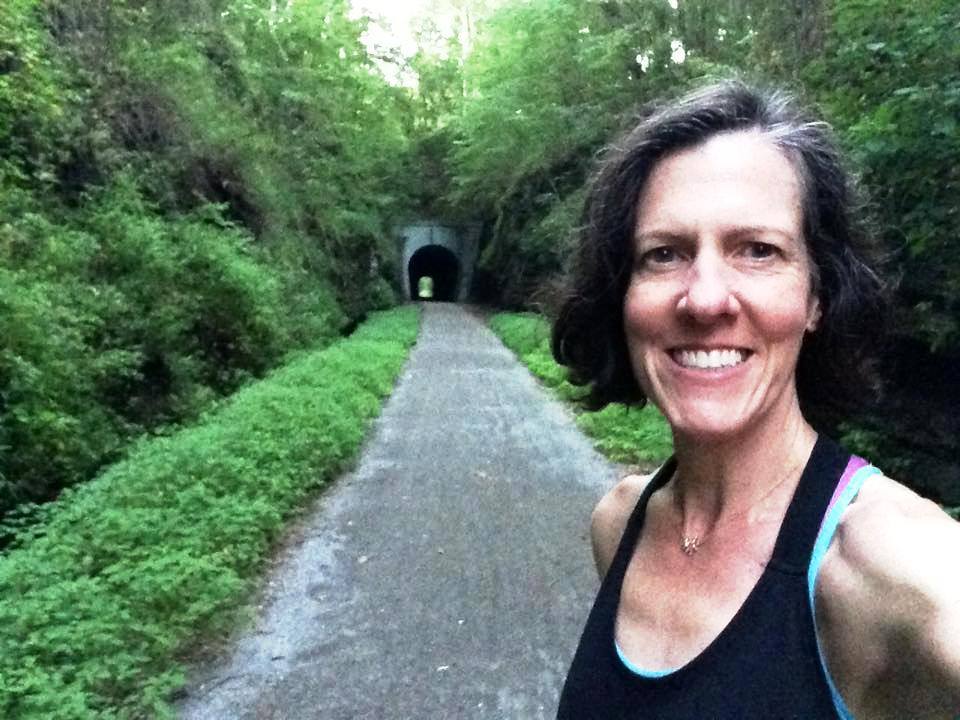 Running 160-kilometres is a massive undertaking. Can you imagine not only running that distance but getting, say, 80 or so friends to support you?

Stacy Chesnutt is an east coast runner and the race director of the well-known Sole Sisters Women’s Race Series. The money raised from her races fund a not-for-profit organization called, Girls Gone Gazelle Run Club — an all-girls run club coached by Chesnutt. The group aims to boost confidence, get girls running and lay the foundation for a healthy, active lifestyle.

One of her larger running goals which Chesnutt managed to accomplish was a 100-mile race– the longest distance she had ever taken on. The race: the Tunnel Hill 100 Miler in Illinois, two-and-a-half hours outside of Nashville. She raced and finished in 21 hours 33 minutes to be the seventh-place woman.

I caught up with her to ask her about the experience.

NP: How did you mentally keep going during such a long run like that?
SC: I never found it a challenge to keep going. When I registered for the ultra, I was concerned because I had stopped “racing” marathons and was happy to keep my training runs to five or eight kilometres with the odd half marathon race, or novelty marathon.

To ramp up for the ultra, I ran four marathons which helped me to remember how to run a marathon without being bored. That strategy was how I got through this race. It was never a 100-mile race. Instead I treated it as four marathons. Racing without a GPS, I didn’t know the exact mile I was on but I knew which of the four marathons I was in. I looked forward to the next marathon as it came with new food, new clothes and new shoes.

NP: How did your virtual support team help you before, during and after?
SC: Before the race I just got this incredible boost that so many people would be silly and wear my Virtual Race Crew shirt for 24 hours. It made me feel really lucky that so many folks wanted to help in the only way they could.

After the race when I was lying in the bed exhausted and hurting too much to move, I cried reading how some people invested so much of their time following me. I had friends who didn’t go to sleep until they knew I was done. They stayed up with me and you could see how tired (and dare I say worried) they were. And then others just made me laugh. It was great and I’ll always have that page to go back to and chuckle and say to myself: ‘You did it and they helped you.’

NP: What did you learn about yourself from this run?
SC: I would like to say that I had some crazy discovery and shocked myself but I knew I would finish the race once I started it. I didn’t know how much it would hurt and figured that it would be the real test. It hurt far earlier than I expected, but I knew I would finish even if I had to walk and sadly marathon number four was all walking. I knew I would do whatever it took to finish and that is what I did. You never know what is too much mileage or what is simply too hard until you do it.