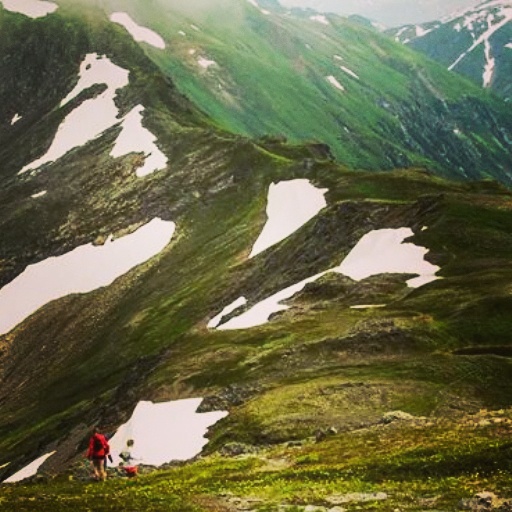 Lizzy Hughes is a 19-year-old student from Waterloo, Ont., in her first year of university at Wilfred Laurier where she is studying to eventually become a naturopathic doctor. Lizzy is also a runner.

Running started when she was 16 and the fear of being chubby spurred her into going for a run. She ended up running 8K.

The idea of losing weight may have started her running but it only ignited something in Lizzy. Only a month later, she signed up for her first 10K.

Lizzy says she really had no idea what she was doing, but was hooked on the running and kept signing up for races. A desire to train and run a marathon got her involved with a running group in Waterloo. A half-marathon was run a few months later and Lizzy ran her first marathon in Ottawa at the ripe age of 17.

“I got 4:32 if I can recall, and an overall amazing experience especially because I was so unused to the way runners are with each other.”

Lizzy ran her second marathon, the Disney Marathon, in 2014 and also returned to the Ottawa Marathon with a group of what she describes as “causing a lot of commotion” and her coach Michele Craddock who was going to run with her. It was a PB day and she ran a time of 4:08.

Lizzy then ran a 50K trail ultramarathon, an Alaska Mountain Ultrarunning Camp her fifth marathon at the Hamilton Road2Hope marathon. 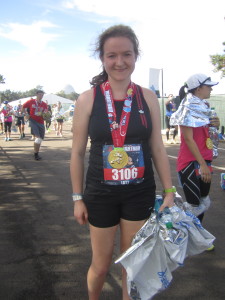 I’d say the best way to start when you’re young is to find a group. From joining my marathon group, I found a bunch of people who knew what they were doing and could give me advice, as well as encourage me through everything. It’s also great to have running mom’s and dad’s.

What do you think about when running?

In all honesty, sometimes I think about homework or sing a song for awhile, but the majority of the time I try to completely silence my thoughts. I find it much more relieving to have an escape from everything and either drown myself in music or focus on my breathing. It gives me a break.

Thanks for sharing Lizzy and good luck with all you running – enjoy it, right to the end!