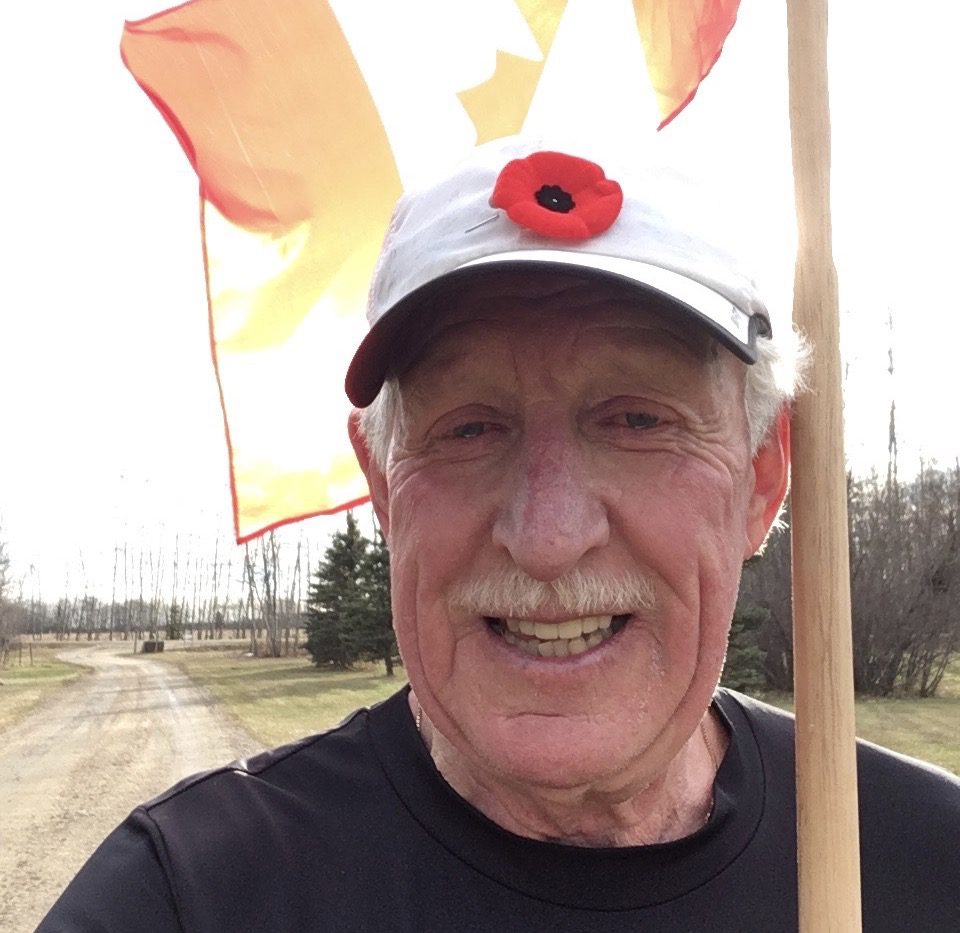 Rusty Smith was many things to many people. He was a husband, father, Opa, coach, and runner, to name a few.

He started running nearly 40 years ago. Running functioned as a replacement: a new vice, replacing alcohol. Over the course of his running career, he ran countless halfs and full marathons and, even ultramarathons. While living in Germany, he and two other men ran 76-kilometres to raise money for the Canadian Military Police fund for blind children. Being retired military, Rusty would run 11.11 kilometres each year on Nov. 11 in honour of all veterans. He was extremely patriotic. He also ran the original marathon course in Athens, Greece. While these are just some highlights in a long stint of running, his most recent highlight was in August 2016.

Rusty qualified for the Boston Marathon just shy of age 71. He was so excited to have achieved that goal. When he was accepted into the race in September, his support team of seven excitedly planned a trip to Boston to help cheer him on.

Rusty passed away suddenly and unexpectedly on March 31, 16 days short of running the Boston Marathon. He leaves behind his wife of 37 years, Joanne; daughter Shannon (Chris) Bakos; son Brandon (Shelby Telford); granddaughter Ainsley Bakos, and numerous relatives and friends.
Due to the grace of the running community, two sweet souls, Tay and Andi, have volunteered to run with memory cards of Rusty on race day.

Editor’s note: On behalf of the Canadian Running family, which includes the editorial team, Rusty’s fellow bloggers and everyone in the Canadian running community, we express our deepest condolences to Rusty’s family and close friends. On Monday in Boston, if you’re running, run with Rusty in your heart.