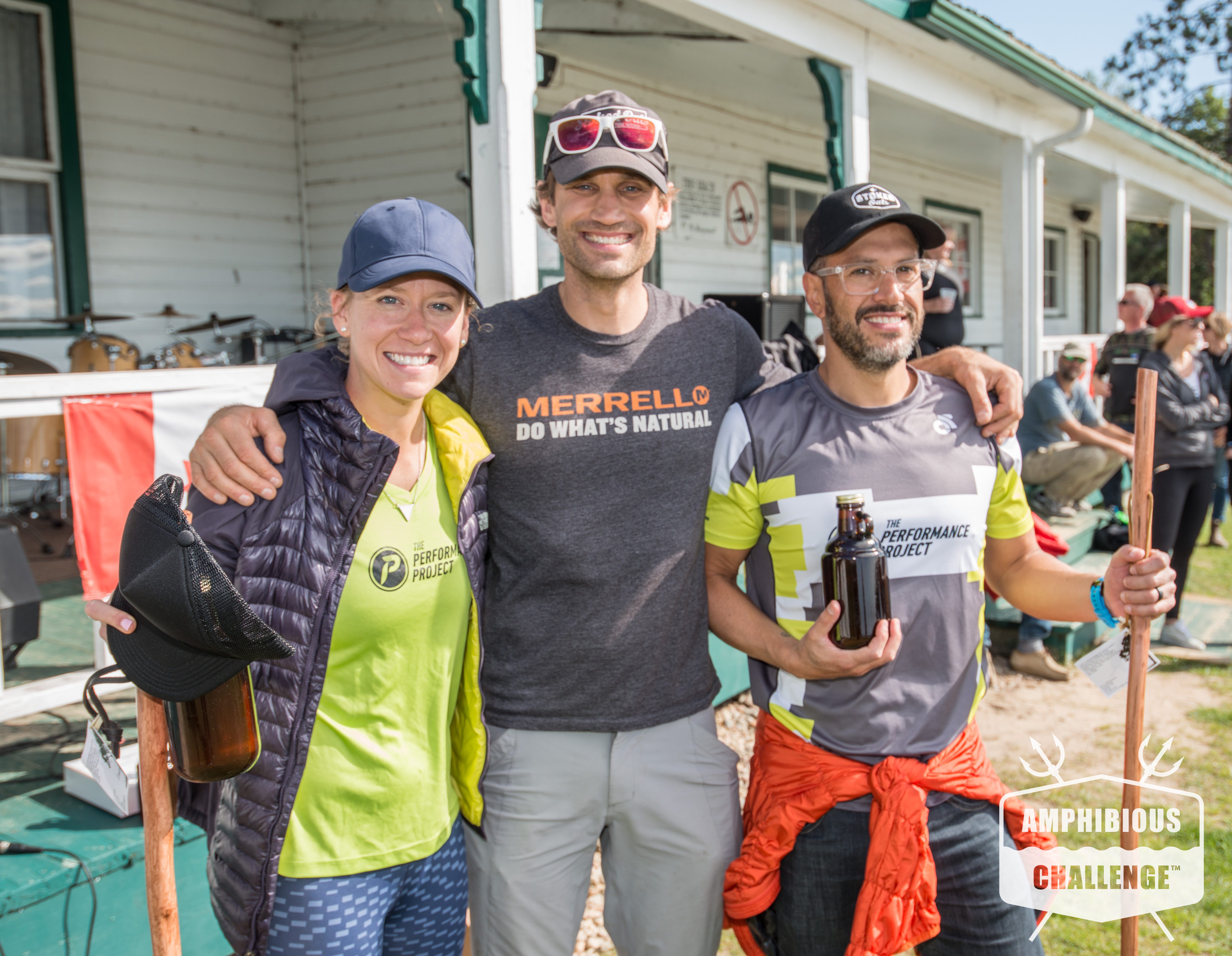 Earlier this year, I knew I was in over my head.

I had just promised a friend that I would do a race that was created from a drunken bet – also known as Otillo. This race involves both running and swimming and I found myself adding up the laps at a local pool with him, trying to finesse my form to make up for missed years of experience.

I love new experiences and this race, although a little out of my element, promised to be an adventure. The race, The Amphibious Challenge, is held in Sheenboro, Quebec. The Otillo racing style is quite new to endurance sports, having been established in 2006. The founders challenged each other to race between two points after an evening of drinking with the only rule being that they needed to pass between three selected restaurants from the start to finish. The last team that arrived needed to drink and pay for whatever the preceding team had ordered for them.

From there, it became a competitive endeavor and has been ranked as one of the toughest races in the world by CNN. It’s completed as a team of two athletes with the race course alternating between swimming and running, remaining within 10 meters of each other at all times. This is a sport that favours runners as the ratio of running to swimming is quite high. At the Amphibious Challenge, my teammate and I chose to do the short course: three kilometres of swimming, 13-15 kilometres of running.

The interesting catch with this race is that you need to wear all of your gear for the entire thing. My race outfit was a wetsuit, goggles, swim cap, hand paddles, swim buoy and running shoes. It was difficult to decide what type of shoes I was going to wear because you need to swim in them as well as manoeuvre wet, technical trail sections. After racing, I would recommend wearing a minimalist trail shoe if this works with your stride. I wore New Balance Minimus shoes and they were perfect for the water to land transitions.

The race was in a small community in a picturesque area and it seemed that the entire neighbourhood came out to support the racing teams. After the national anthem and a few speeches, the teams were off running along the beach with the sounds of fiddles from a local community musical group.

The first run was along the beach and it was just a matter of getting settled into my pace. It was difficult to know how hard to run knowing that I’d be diving into water in less than 10 minutes so I used the first couple transitions of the course to see what kind of effort I could sustain.

Transitioning into the water following the run wasn’t difficult but being a weaker swimmer than my partner presented an interesting challenge for us since we had to hold to the 10-metre rule. We had practiced a format where I swam behind him and hit his feet but the water was choppy and we often got separated. I focused on just keeping a rhythm as best I could.

The running portions presented a wide range of terrain from scrambling over boulders, to island trails to gravel roads. It was a lot of fun to always be varying pace and footing and perhaps best of all, my legs stayed fresh. Whenever I started feeling fatigued from runs ranging from less than 1,000m to seven kilometres, there would be another body of cold water appear where I could rest my legs for a few minutes.

This race was a complete experience and I think it’s well suited to runners who want to try something different in their routine. It does require some comfort with swimming but with the wetsuit and pool buoy for buoyancy, and the hand paddles for better speed, it certainly gives an advantage to someone who is stronger in running than swimming.

We completed the event in less than three hours, leaving us time to enjoy a catered lunch and collect prizes including growlers of local craft beer and a hand crafted walking stick from a local resident. It was a new event for me but one that I will keep in my repertoire.

For more ultra endurance tales, you can find me on Instagram at @lacesandlattes and on my personal blog.