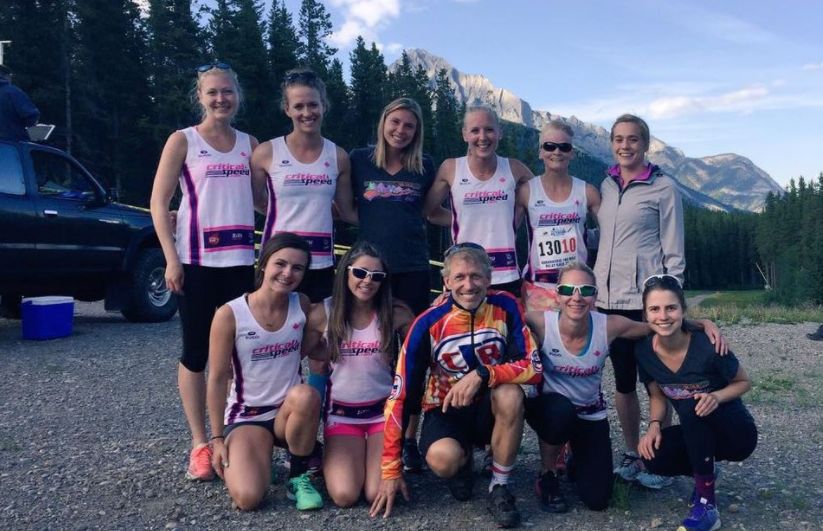 Earlier this year, I raced the Mississauga Half-Marathon close to home. It was one of those times when throughout the entire race, there was another runner just that bit ahead of me. The woman, in a white and pink singlet, ran in front of me on the course. She was like the metaphorical carrot that I worked to chase. I kept waiting for her to falter or change her pace but she remained strong through the entire half-marathon.

After we crossed the finish line, both with shiny new PBS, I approached her and thanked her for the motivation during the race. We ended up exchanging information and connecting on social media with promises of a visit when I flew out in her direction for the Penticton ITU Multisport World Championships Festival this summer.

RELATED: Signs your best friend or partner has a running problem…

As it turned out, I was able to connect a little earlier than expected when she invited me to join her relay team for the Kananaskis 100 Mile Relay in Alberta. She was was down a runner for one of the ten legs. I immediately loved the idea of heading to the mountains to run on a team of incredible female athletes. I booked my flights.

I’ve participated in Ragnar Relay events in the past and this was quite similar, except for the fact that it was done by early afternoon as the race is completed in 14 hours. (A Ragnar Relay runs through the night and spans closer to a full day.) The idea of getting to sleep the night of the race was a welcome change. The race began in Longview and finished in Nakiska, making its way through the Rocky Mountains on the Highwood Pass– the highest paved highway in Canada.

As for my leg of the race, I was asked to run towards the middle and just rolling with the spontaneous nature of the trip, I chose not to spend much time considering the difficulty rating before just agreeing to it. It turned out that I was running the most difficult section of the race: 18 kilometres, over 450m of elevation gain, section of seven per cent grade. For someone not familiar with running in the mountains, this certainly was a tough one. One of my favourite things about this community though, is the team support and encouragement. 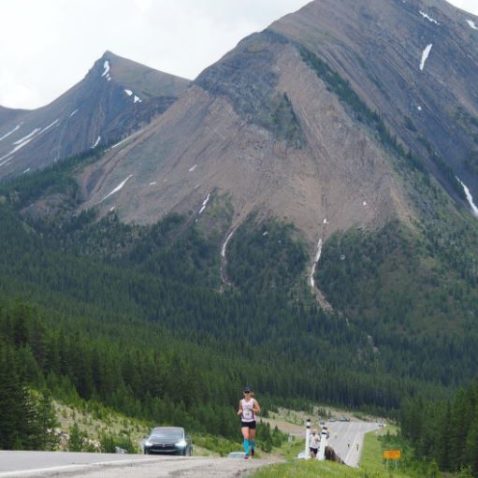 One by one, the runners on our team tackled their legs as we worked our way through the Kananaskis Valley. It was a stunning course with incredible volunteer support and fierce competition– so fierce, in fact, that until our awards ceremony we didn’t know who the winning team was.

By the end, we were thrilled to hear that we won the female division (albeit by mere minutes).  As a prize, we got a trophy, medals and an invitation to return next year.

As I said goodbye to my new friends with the promise of returning for next year, I was struck by the importance of sportsmanship in running. Developing close friendships with other athletes in our ability level rather than fuelling a competitive rivalry can lead to awesome things. In my case, a friendly post-run chat with the woman who beat me led to an experience running in the Rocky Mountains with trophies and 10 new running friends. What a great lesson to learn.

For more ultra endurance tales, you can find me on Instagram at @lacesandlattes and on my personal blog.