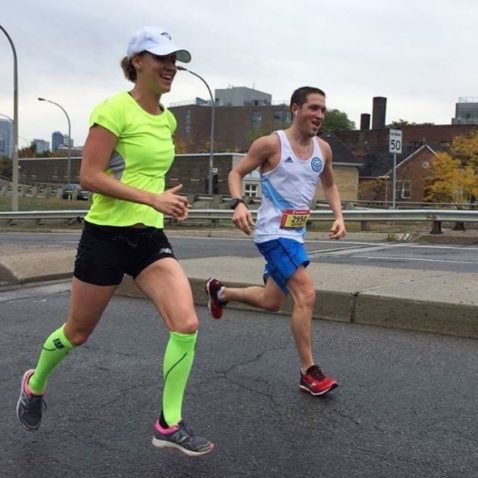 My grandmother passed away earlier this year.

At her funeral, when her friends identified me as her granddaughter that “does all that running,” it became clear to me that my hobby was something she spoke about proudly and often. I was touched to know that considering I don’t think she had ever owned a pair of running shoes.

RELATED: This one’s for Scott: My journey running as I grieve the loss of my husband

The day I found out that she had passed away, I went on a run and I thought about all of the incredible things she had brought to my life. She taught me the importance of carb-loading by feeding me Tang juice, Smarties and homemade chocolate chip muffins throughout my childhood. I inherited her relentless drive which serves me well in the final miles of a marathon. And perhaps most importantly, she taught me the importance of having good people around you, many of whom I have found through my running community.

Then recently, I had to say another, albeit less sorrowful, goodbye. One of my closest running friends (who I met through the running community at a race of course) recently moved to a new city.

On his final weekend in Toronto, we dedicated a long run as a special farewell event. We selected one of the routes that he had never run and made it as punishing as possible– as all good running friends do. It was a cold, bitter day but we discussed his new house, new office and all of the beautiful new running routes he would have to enjoy while living in the nation’s capital. Beyond just catching up, it served to keep our minds off the many hills on the run. Commemorated with a hearty post-run brunch, it was a special day that honoured a friendship that came about because of running.

Saying goodbye isn’t easy, but it often means a new beginning. Even though my grandmother is no longer with me, I can honour her spunk and determination by bringing elements of her personality into my running. And as for a running friend moving to a new city? It just means that I will be doing a few more races in Ottawa over the coming years.

Now that I have said my goodbyes, I’m off on my next misadventure.

In the meantime, you can find me on Instagram at @lacesandlattes and my personal blog.