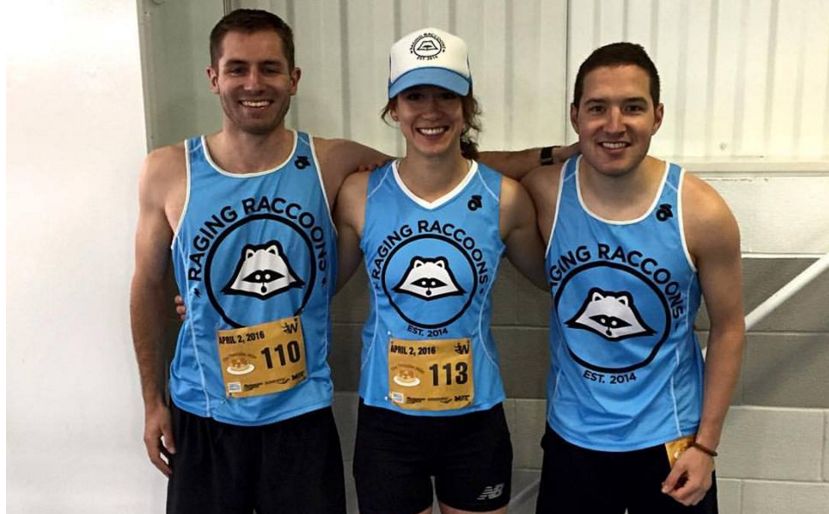 A couple weeks ago I found myself at a track toeing a start line. This in itself is nothing new. What was unusual was that I had a pancake in my hand, dripping with maple syrup and water.

You read that correctly. I was running in the second Annual Pancake Mile put on by RunWaterloo during the Maple Syrup Festival in Elmira, Ont. The closest cousin in the running world is the Beer Mile and the premise is the same: eat a pancake, run 400m, repeat four times as quickly as possible.

RELATED: Ski goggles and all: Running a beer mile in a snowstorm

So there I was. I had dipped my pancakes in water, which is the first rule of quickly consuming a bread when you have to eat it as fast as you can. I had no idea what to expect or how my body would react to both eating and running quickly but I live to try new things. This was no different.

Runners in our wave lined up with a cup of water and pancake in hand. At the signal, we doused our cakes in water and started eating as quickly as possible. The next step was to be cleared to start the run. This involved opening our mouths and having race officials peer inside to ensure all pancake pieces had been swallowed down the gullet. Then you got the go-ahead.

At first, there was a cluster around the pancakes so there was some jostling for a position in the line-up. That added to the fun. I headed out on my second 400m set a little concerned that successive laps might become a problem. I tried to keep my pace steady with the game plan of speeding up near the end if I felt good, much like my approach has been to the beer mile in the past. 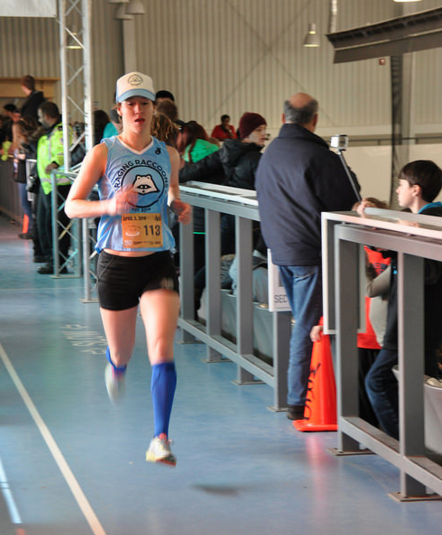 The third 400m lap found me in first place for females and I began to pick up the pace. I most certainly found the advantage on the eating portion  because to put it delicately, I simply didn’t chew.

After consuming my fourth and final pancake, I yelled “Final lap!” to the race officials as the race rules has specified.

I sprinted to the finish and threw my hands up to announce the completion of the race. I posted a time of 7:08 to set the female course record and set me as the reluctant female pancake mile world champion.

There are many other things I would love to be the best at, but I’ll take this.

Here’s my advice for others who want to try their own pancake mile:

You can find me on twitter @lacesandlattes and my personal blog.