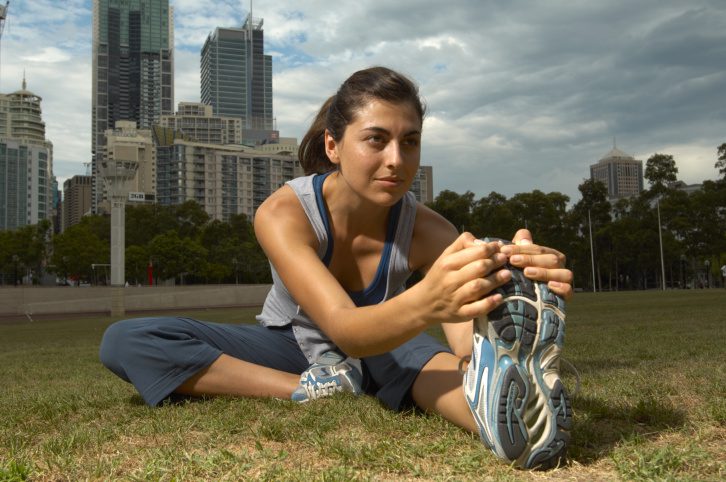 That was the question that 95 recreational runners were asked in a recent study published in the Journal of Orthopaedic and Sports Physical Therapy. Runners (65 men and 30 women) had an average of 5.5 years of running experience and 45 per cent admitted to having had a running injury in the past.

Their answers to the semi-structured interview could take any form. Responses were then organized by researchers into similar or shared ideas — called thematic units — then reorganized according to how frequently they were given and finally, summarized and presented.

The number one reason that runners gave as a cause of injury: “Not stretching.” This was mentioned in 31 cases.

Other common replies were “excessive training”, “wearing the wrong shoes”, “inadequate/unbalanced diet”, “not warming up”, “lack of strength”, “not respecting the body’s limits”, and “no professional supervision”.

While some of these responses are supported by clinical evidence and scientific research, many are not.

Two of the three most common responses — not stretching and wearing the wrong shoes — have been repeatedly shown in research literature to have no direct impact on running injury. Inadequate/unbalanced diet and no professional supervision are also unsupported by evidence.

Studying running injuries is a difficult task, mostly due to the reliance on self-reported data as well as the unclear definition of what constitutes an injury. Some may argue that “not warming up” is indeed a risk factor for injury, but this may be incorrectly assumed to mean “not stretching.” The former has scientific evidence to support it — warming up to increase body temperature before rigorous activity does decrease injury risk — while the latter — especially static stretching — does not.

Other responses given by participants that are proven risk factors for injury were excessive training and closely related, not respecting the body’s limits. Whether runners were referring to the total duration — time and distance — of running or the intensity of running is unclear, but both are well known to lead to injury when increased too much or too quickly.

The take home message here is that runners attribute a number of reasons for why they may become injured. Some of these are valid, others — including “bad luck” — are not. Being educated on the risk factors and known causes of running injuries is an important part of preventing and avoiding injury.