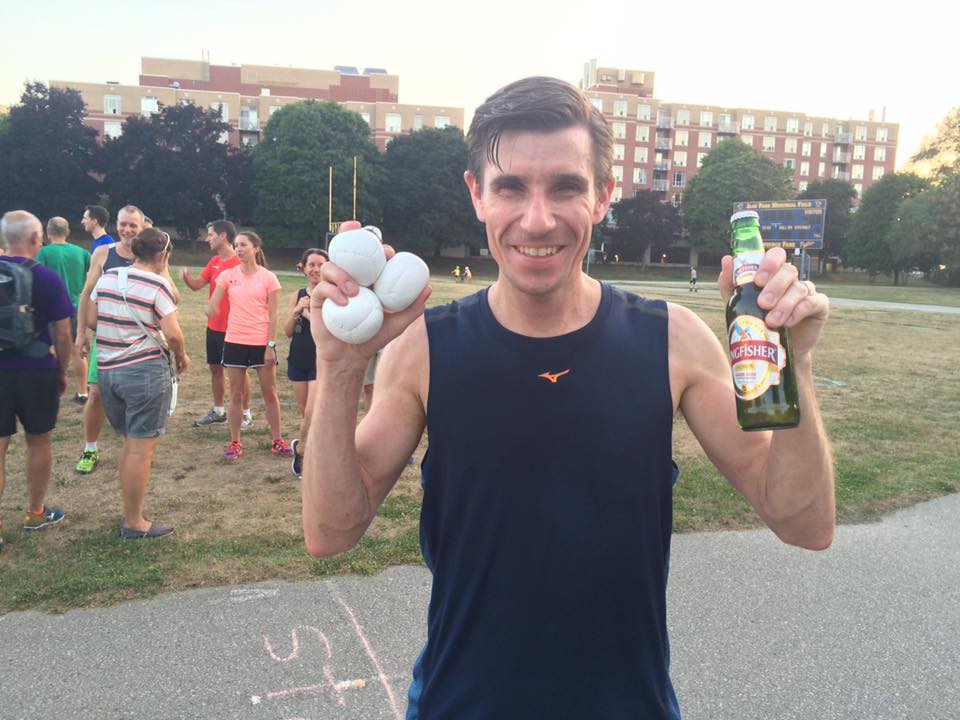 I’ve always said that I understand other runners. They are quirky in the same ways that I am. It’s hard to explain to a non-runner why you run almost every day; why it is that you wake up before dawn or head out in the dark after the kids have gone to bed, never skipping a run because of the cold, heat, rain or ice. And that’s because, to many, a runner’s routine really does defy reason. We do it because we love… something about it (though maybe not necessarily every minute of it). Some may not understand the point of running. It truly is a selfish pursuit: no one really cares how fast you run, and no one benefits but you.

RELATED: Joggler Michal Kapral amazed at own ability not to drop the ball

That’s why I think it’s so strange when runners react negatively to other runners. This happens all the time to those runners who add an even quirkier element to the lifestyle. Some examples of this could include people who run races with a stroller, people who joggle (running while juggling), or even people who run beer miles. I’ve heard and I’ve read many negative reactions from “pure” runners towards all of these fringe events and those who participate in them. Want to know what I’m talking about? Here’s a link to Michal Kapral (the world record holder for running a marathon while juggling) reading mean tweets about him from other runners: Michal “The Joggler” Kapral Reads Internet Trolling.

It’s a pretty funny video because he obviously doesn’t care what they’re saying. I’m sure his skin has been thickened by years of running past people who shout “Run Forrest, run!” Yes, we runners are on the receiving end of a lot of jokes and teasing. So why turn on each other? Why not celebrate our differences? If this pursuit doesn’t affect anyone but ourselves, then why should we care if a runner adds a little flair to make their mark?

I’m not sure where the negativity stems from but I assume it’s insecurity. Having dedicated so much time and effort to their sport, these people want to believe that running is meaningful and purposeful and pure in and of itself. Guess what? It isn’t. It only matters to you, the runner.

A few weeks ago, my kids were running in the cross-country city semi-finals. Halfway through the day, slotted into the schedule was  a race for kids with various different physical disabilities. Some were completing the distance with the help of walkers, some with a guide and others in wheelchairs. All of the able-bodied kids surrounded the course and cheered just as loudly, if not louder, for the athletes. It was completely normal that everyone should participate in the way that worked for them. It didn’t occur to the spectators that anyone couldn’t or shouldn’t be able to participate because they were doing it differently. It didn’t threaten or take away from how any of the kids saw themselves as runners. We’re all doing our own thing out there and they understood that.

This is one of the things that I love about running. It truly is a celebration if individuality and diversity. So whether you’re running in a batman costume or in your underwear or stopping to chug beer every lap or pushing a stroller or juggling balls, or using a walker or wheelchair, I will cheer you on just as loudly if not louder than for the winners of the race.