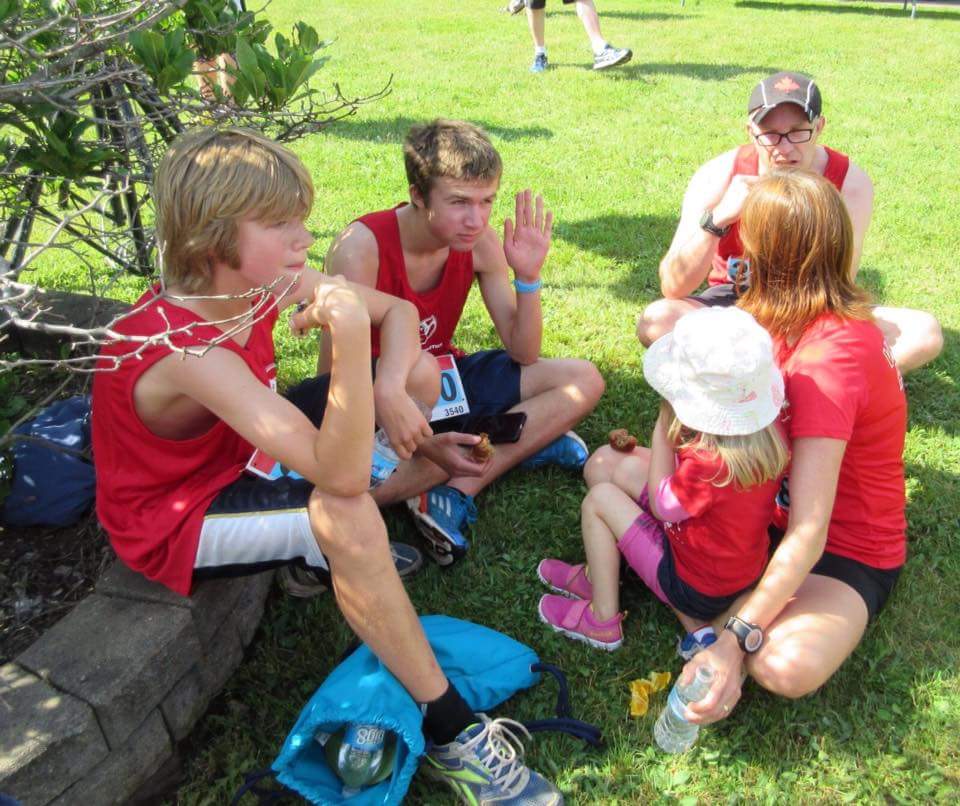 The James family are a record setting household that calls Nova Scotia home. The family consists of parents Paula and Edward and their three kids Noah, Zachary and Chelsea. It’s true that some traits are genetic while and others are from your environment. Whether it’s their DNA or their nurtured environment, for the James family, giving running a try (at least) seems to be in their fate.

Paula, 42, and Edward, 47, both work as orthoptists (a type of eye doctor) in a busy office in New Minas, Nova Scotia. The couple met 30 years ago at the Chebucto Track and Field Club and have been married for 20 years.

She learned about her speed early on in elementary school. She joined a track club at the first chance she had. As her running progressed, Paula won medals in university, placed in the top five at the 1993 Canada Games, set Dalhousie records and was recognized at the Atlantic University Sport top female athlete in 1996. She also set senior and masters records in the province.

As for Edward, he won a CIS title in 1992 in the 600m and holds records in the province for the youth, junior and senior 400m hurdles. He’s also the province indoor 800m record holder.

The three kids Noah, 16, Zachary, 13 and Chelsea, 5, have all displayed their talent for the sport too. Noah just placed at the Nova Scotia high school provincials and holds the provincial record in the 200m hurdles. Zachary was part of the junior boys 4 x 400m winning team at high school provincials. The littlest one, Chelsea at age five is in her second year of running.

NP: What are are current running goals?

Ed: I now spend most of my time off-road on trails, obstacle course races or orienteering as my feet cannot handle the roads. I’m waiting until I’m fifty and the sprint hurdles get 3 inches lower so I can do another sprint hurdle race.

Paula: I started road running in my mid thirties and I love it. My goal is to set Nova Scotia masters records in every track distance and bring more enthusiasm to the masters track and field scene here. I’m currently a middle distance coach at a track club, head coach of a middle school track team and assistant coach at a high school. We coach four times per week and are loving it. Our goal is to bring track and field to the town of Windsor, N.S. We knew we were going to be coaching our kids so we decided to give that opportunity to the other kids in the community.

You can catch Noel on Twitter @NoelPaine or on his personal blog, No Paine No Gain.