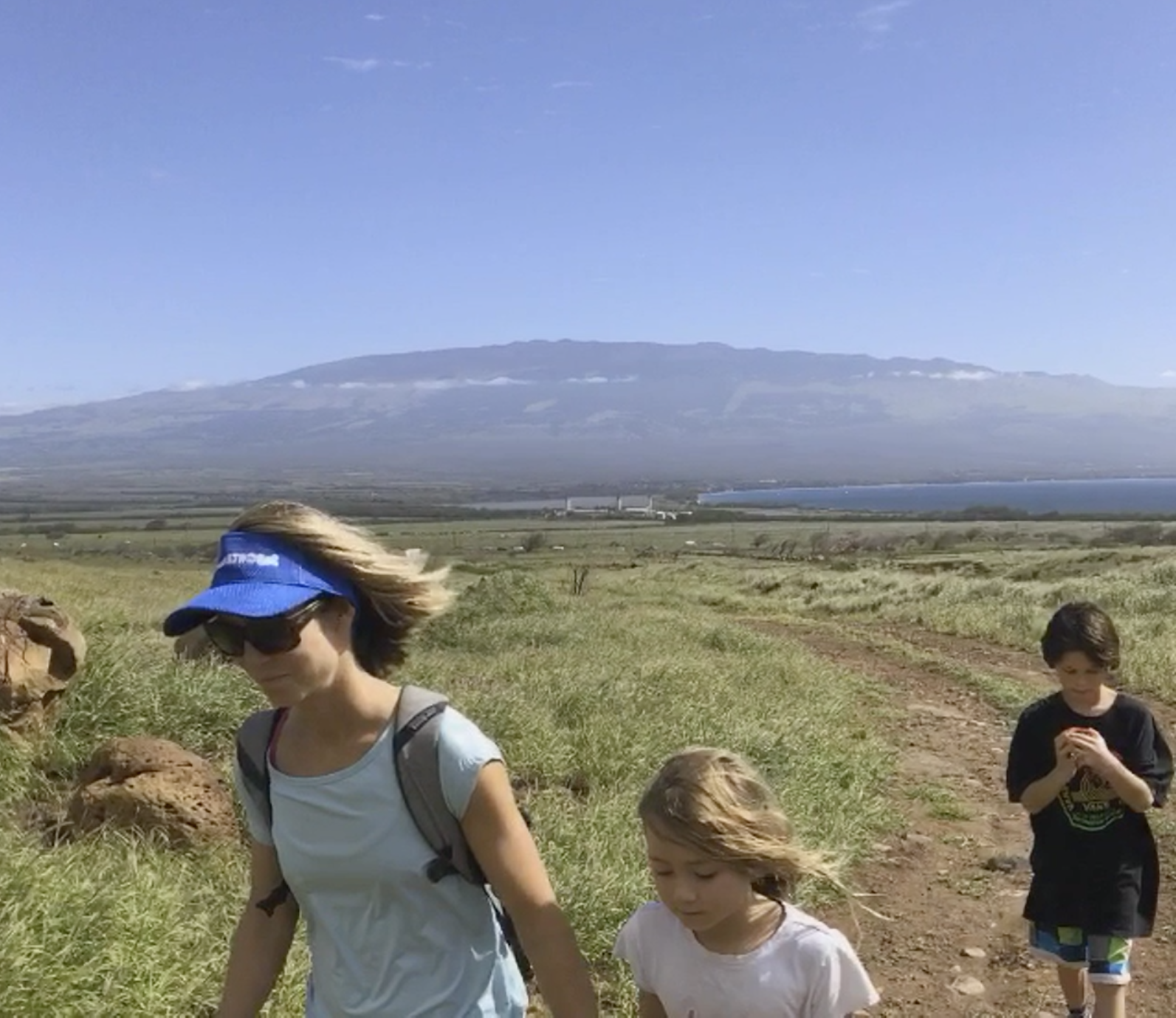 I’ve heard many people say it:”I work out so I can keep up with my kids.”

I always used to think that that sentiment was for older parents or people who just happened to be really out of shape. As a competitive runner, and enthusiast of many sports, I’ve never worried about being able to keep up with my kids. In fact, it’s the opposite: I’ve always looked forward to the day when they would be able to keep up with me so we could go on athletic adventures together.

I have a son, nine, and a daughter, seven. Both of them are generally active though they don’t train formally for anything specifically. Other than the monkeybars, they don’t do the same activity more than once a week. The result of this is that they are okay at most things, but don’t excel in any one sport. As for me, I’m in pretty good shape. I run every day and I’m usually training for a race ranging from 5K to the marathon. Because of all this, I always assumed it would be a long time before they’re the ones waiting for me.

But I’m getting older, and they’re growing quickly.

During our most recent family vacation on a trip to Hawaii, we decided to hike up the side of a mountain to enjoy the adventure and to see the view. I wasn’t too worried about my nine-year-old but assumed there would be a lot of stopping and possibly even some complaining from my seven-year-old. In preparing for this trip, I came across the summary of this particular adventure. It read:

This is a rugged and strenuous 5-mile trail from Maalaea to Ukumehame. This is an out-and-back hike with trailheads on either end. Both trailheads are close to sea level and the trail gains ~1600 ft. in 2.5 miles, then descends back toward sea level for another 2.5 miles. The Lahaina Pali Trail is rocky, and the uphill portions can be strenuous and slow-going. It will take a person in good physical condition ~3 hours one-way, including several short stops; give yourself 4-5 hours if you are in a lesser state of conditioning or plan on taking longer breaks.

It sounded like fun to us. So we packed lots of water and set out. 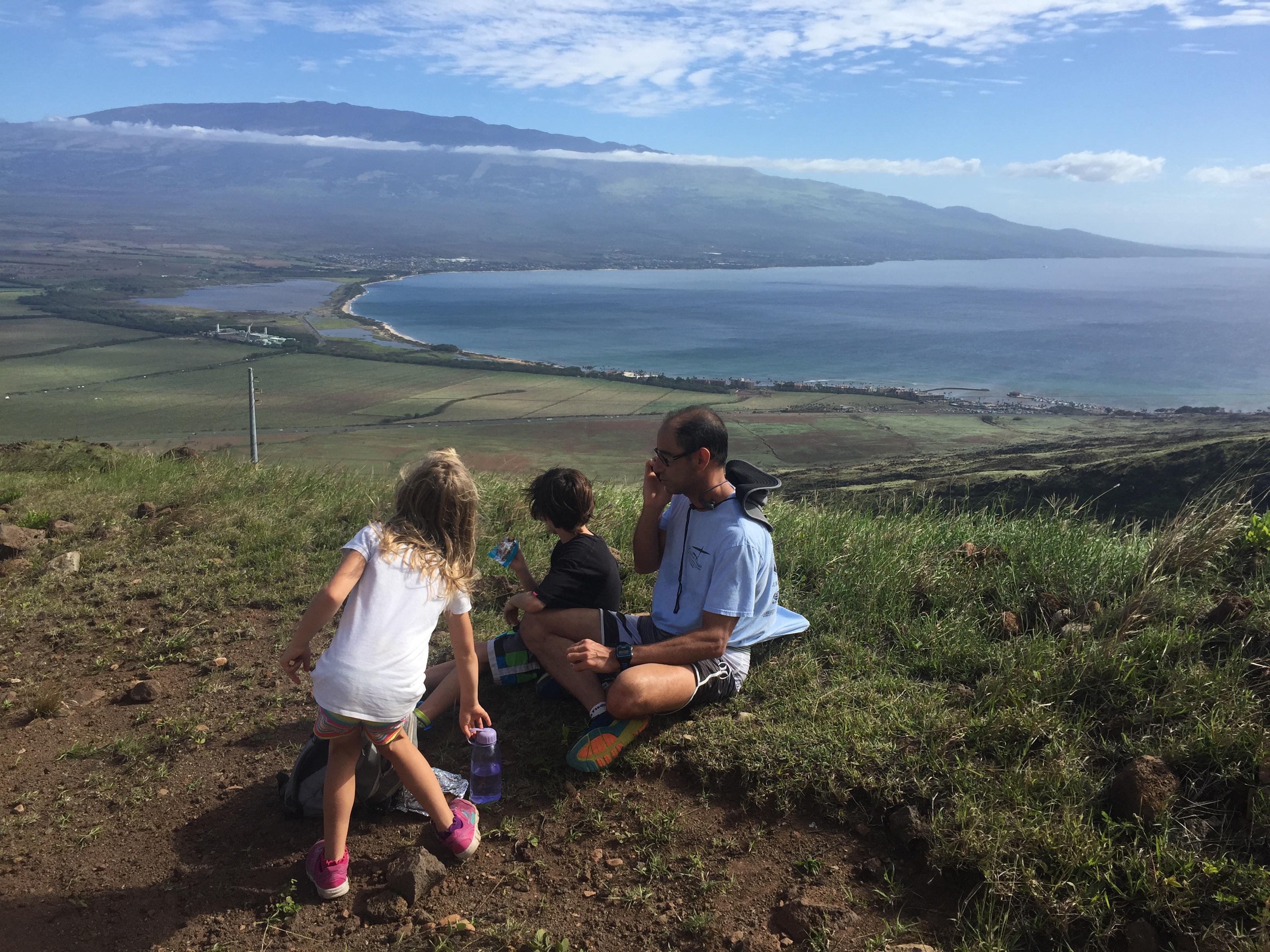 My husband has very long legs and is also quite fit, so I’m used to him walking ahead of me. My son skipped and ran alongside him to keep up. Going in to this hike, I figured I’d be the caboose with my daughter, and then eventually with both kids. I was wrong.

Throughout the entire climb, I only ever saw the back of my son– that is unless he and my husband were stopped and waiting for us. As I hiked up alongside my daughter, I realized it really was a tough climb. There I was sweating and huffing and puffing. Meanwhile, she seemed to be having an easier time of it and didn’t stop chatting once.

Then she started singing. She kept singing the words to a song and asking me to sing it back to her. Honestly all my focus was on getting up the hill, so I kept forgetting the words. It wasn’t received well. Finally, she interrupted my attempts at singing and said: “Mummy, it would sound better without all the hard breathing in between the words.”

Sure,I was the one carrying the pack with all of our water, but I still couldn’t believe that both of my kids seemed to be outpacing me! We finally caught up to my husband and son waiting for us two thirds of the way up an hour after we had set out. There still hadn’t been one complaint from either kid, but my husband and I decided that coming down would be tricky as well so we’d better turn around.

It turned out that we were right. Coming down technical mountainous trails is very hard on your quads. And when we got to the end, I was dead-last in our group. My daughter was very kind and waited for me, provided I continued to work on getting the words to the song correct. My husband and son on the other hand, were nowhere in sight.

So, I guess now I can add “So that I can keep up with my kids” to my list of reasons why I run. I really never thought it would come so quickly.