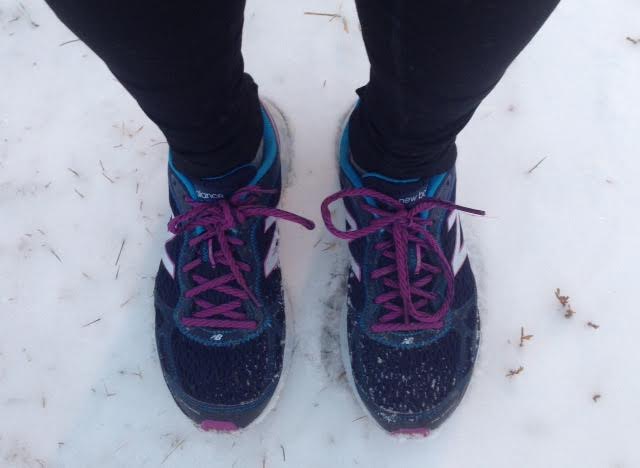 Solo, I ran. The warm, comforting August air was present as I crossed over the South Saskatchewan River, en route to Gabriele Dumont Park to meet with coach Jason and the team. As I approached, it was peaceful but that would soon change.

Slowly, and then more suddenly I began struggling to breathe, the lack of air eventually ceased my body. It led to months of doctor’s appointments, tests, and specialists. The sense of peace and freedom during the run had slipped away. For the next three months, I was treated for asthma.

With increasing amounts of medication, my difficulties only continued. The anxiousness within me grew as I tried to make sense of what was going on. Was my ability to run being threatened? Looking back now, ironically, this very question likely perpetuated the problem.

In November, I was sent to one of the top asthma specialists in the country at Royal University Hospital in Saskatoon. He ran a gamut of tests and the results were clear to him: I don’t have asthma. On the contrary, I have better than average lung capacity. He explained that I was hyperventilating — the likely cause was anxiety. He told me to stop taking the asthma medication, and assured me I was in good health. His report was then sent to my psychiatrist.

This is where I will pause, briefly.

In order to tell this story properly I need to go back several months, to June — when I was diagnosed with attention deficit hyperactivity disorder (ADHD). I’ve likely had ADHD my entire life, but like many, I’ve lived undiagnosed. This comes with complications. Years of impulsive tendencies and destructive coping mechanisms have left me with a lot to rewire.

As I started treatment this summer, my anxiety level went through periods of being high. It took a while to determine which medication and dosage worked best for me — causing a lot of mental and physical upheaval. I started seeing an ADHD coach to work through the complexities beyond medication.

The entire process has been painful at times, but it has been worth every uncomfortable moment. I’m rediscovering parts of myself I lost over the years and tapping into other parts that I caught only glimpses of in the past.

Last week, I met with my psychiatrist to review the asthma specialist’s report. He agreed that anxiety was likely causing me to hyperventilate but he doesn’t think I have an anxiety problem. He told me everyone has some anxiety. Throughout our lives it fluctuates. He believes it will settle for me as I learn to better “let things go” and stay the course with my treatment. He’s proving to be correct.

A few weeks ago, I woke up at 5 a.m. with the need to run. It was just days after my appointment with the specialist at Royal University Hospital. I recently wrote about this run because it was special — I was free again. The asthma medication was out of my system and I was armed with the knowledge of my excellent physical health. All that was threatening to hold me back was my mind and I had no doubt that I would overcome that. I let go of a lot on that run.

With every passing day, I gain a better understanding of ADHD and how it impacts my life. It’s a part of who I am and there’s a lot of good to be harnessed from it. However, this doesn’t happen alone. I’m fortunate, beyond measure, to have people in my life who support me.

As I continue, I expect more challenges to arise along the way — that’s the nature of striving towards being our best selves. I’m confident, knowing — with hard work, patience, and commitment — through the struggle, I will emerge.