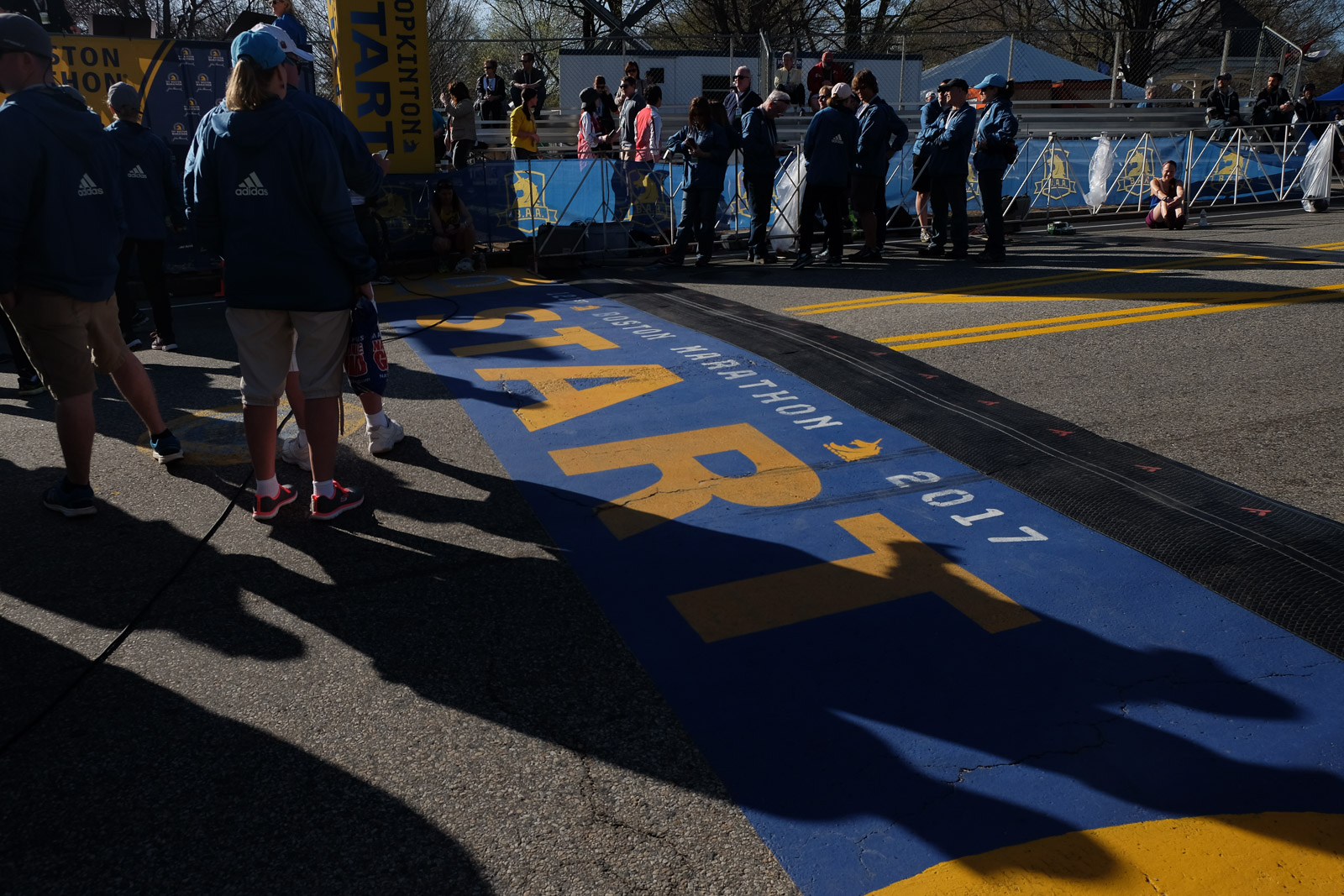 On August 20, 2017 I did something I had never done before. I ran the Edmonton Marathon. And I qualified for Boston!

Training for a spring marathon during an Alberta winter has its challenges. I have run outside during minus 30 C on many occasions, but never with the intensity required to train for a marathon.

Having to wear four layers of clothing is not a problem; once the outer layer freezes, it’s like running in a warm cocoon. The problem is with the footing. Any amount of snow could hide a slippery spot that is just waiting to give you a torn hamstring. (Speaking from experience.)

Fortunately, Cold Lake’s Energy Centre has a beautiful, flat concourse above the rink, and if you run on the outer edge, it’s a distance of 230 metres.  It also has lots of beautiful stairs, which are a great substitute for hills. My running app on my iPhone tracks distance and elevation.

I have been running that concourse and stairs since the first snowfall last fall. A typical run is 10 to 12K, with the occasional 17 to 18K thrown in. Some weeks I will do 8K on the flat surface and then 3 to 5K of stairs. Other times I would break the monotony of laps by exiting the corner stairs that lead to the dressing rooms and doing wind sprints on the rubber-coated hallway floor, then back to a full circuit of stairs around the rink. It’s a great way to build fitness.

On March 17, Range Road was dry enough to run on, so I went for a hill run. I needed to check my stairs running against hill running, and selected a 6K route with three hills and lots of slopes. The good news is, my time on the outside route was almost exactly the same time as my last 6K on the stairs. So anybody reading this can take it from me that running stairs is an excellent training tool.

There was one sad moment during my winter training at the Energy Centre. A young hockey coach I had shared the ice with for a couple of seasons lost his brother to suicide. My friend would bring his team up to the concourse for dryland training and stair-running. After one of my runs I stopped to extend my condolences, and he told me his brother had a problem with alcohol and depression. As an alcoholic myself, I wish I had known my friend’s brother. I would have told him my story, and that I was always available to chat about controlling what was controlling him. I would have done my best to introduce him to running, and to the benefits of trading a bad addiction for a good one. I didn’t have that chance, so I mention it here in case a reader knows someone who needs a lift.

Editor’s Note: We regret very much to share the sad news that Rusty Smith passed away last month, and that this is his last blog post with Canadian Running. A number of his friends are running Boston on Monday in his memory. We offer heartfelt condolences to his family and friends.