Recently, while lying on a massage table with needles stuck in my leg, getting treatment for my healing stress fractures, I asked a stupid question.

“Can I do a five-hour adventure race in a month?”

My physiotherapist looked at me with exasperation. “I’m going to give you a solid ‘no’ on this one.”

Unvetted, I approached my coach with the same question the following week, to a similar response.

Now, I wanted to listen. Really, I did, but then I started thinking through alternative possibilities for the race. I normally wouldn’t put this much riding on a race, but this was an event with a team I wanted to race with next year, and this could quite possibly be my only chance to meet the team members and ensure my slot for next year.

Returning to running from a stress fracture includes a slow, steady ramping up of easy run intervals punctuated with walk breaks. Therefore, running the flats and walking the hills would be a similar idea, right?

Well, that is what I told myself and quietly set about my race day preparations. I informed the team it wouldn’t be that competitive because I had an injury to favour. We agreed that it would be more of a brisk hike than a run and I truly believed that is what I would do.

Race day was perfect. It was supposed to be miserable and rainy. Instead, it was sunny and crisp. As I lined up at the start line, map in hand, I knew I was in trouble when the gun went off. I am nothing if not competitive and, as the line surged forward, I was off like a bullet with them.

The next five hours were spent gallivanting up and down the Niagara Escarpment, collecting check points, running flat portions and leaping over fallen trees. Despite my body reminding me of all its weak points I acquired during racing season, I was having an absolute ball. When I came barreling into the finish with no signs of the old fracture pain, I chalked it up to a victory. 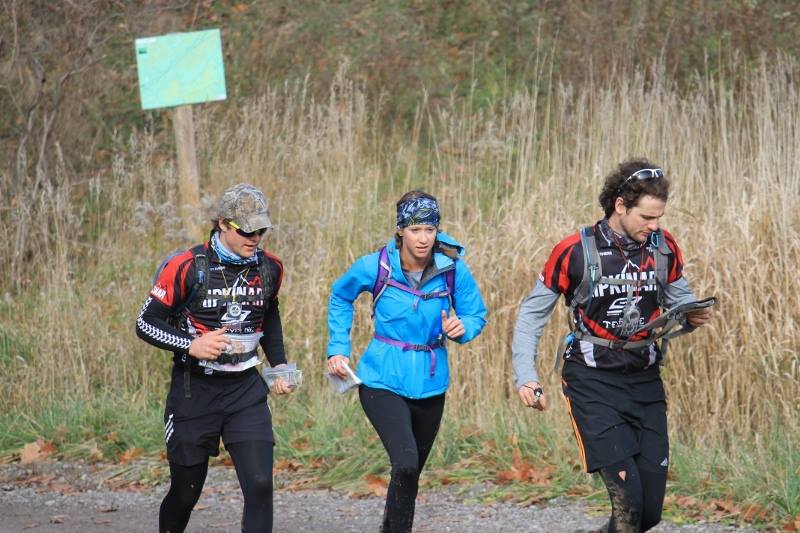 That is, until it came time to admit to my physiotherapist what I did. I wrote an email equivalent of standing with my tail between my legs and braced myself for the worst. When I admitted the length and intensity of the event, he could only manage to say “Amazing.”

I have heard from many sports doctors that I have seen over the years that runners are some of the most frustrating athletes to treat because they will provide us with sound, professional advice which we promptly ignore. I think the reality is that they know us better than we know ourselves. In my head, I had every intention of walking the race, but once I was on the start line, instinct took over and I threw caution aside.

I am in no way condoning the idea of not listening to the sports professionals in your life, just trying out a scenario for you to see what happens when you don’t. Answer? A risk. I could have seriously set back my training for the Boston Marathon, but weighed the risks and decided it was worth it. What I am dealing with now is an extra week of rest before jumping back into my recovery plan.

Bottom Line? Repeat after me: Listen to your physiotherapist.