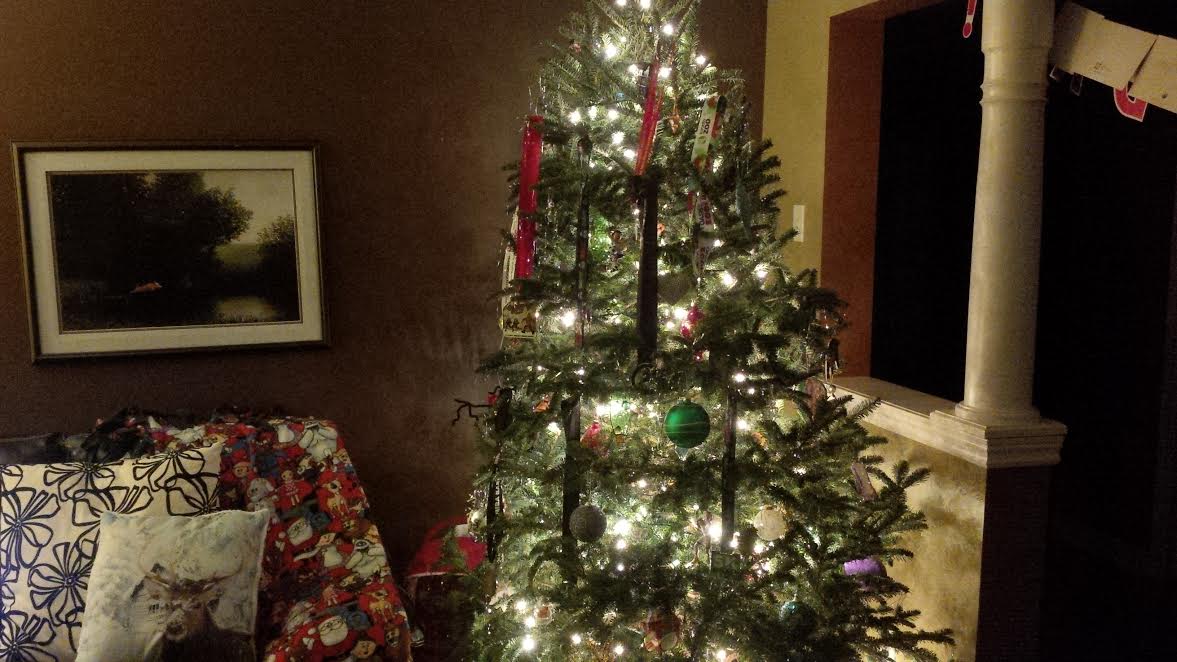 This is a time of reflection as the year comes to a close, and I’m glad to say that I have reached my goal of running 12 races in 12 months. This wasn’t easy for me, which made it a formidable ambition and commitment. Our kids joined me in many of the races, and watching them push themselves and cross those finish lines became the true reward of the year.

We’ve collected a mass of finisher’s medals from the various races over the course of the year. At first, I hung them near the front door on a hook, and it became a conversation starter for many people who stopped by the house. In reality though, I didn’t know where else to put them. In one of my daughter’s tidying fits, they ended up being taken down and shoved into a cupboard where they sat for months.

RELATED: I ran to the home from A Christmas Story for my 2016 grand finale

RELATED: I was the only woman to don a Santa beard at my fun run and I’m proud

I thought it was a  shame that these beautiful medals weren’t being seen or celebrated. They’re actually beautiful, with ribbons in red, silver and gold. This led me to realize how wonderful it would be to hang them on our Christmas tree. So I’ve pulled them out and hung them on our freshly-cut tree, so they can be seen in all of their glory. My medals, the kids’ medals as well as their various sports medals have been hung on the branches. They’re actually beautiful on the tree. So much so, that I think they should be rebranded to be referred to as finisher’s ornaments. 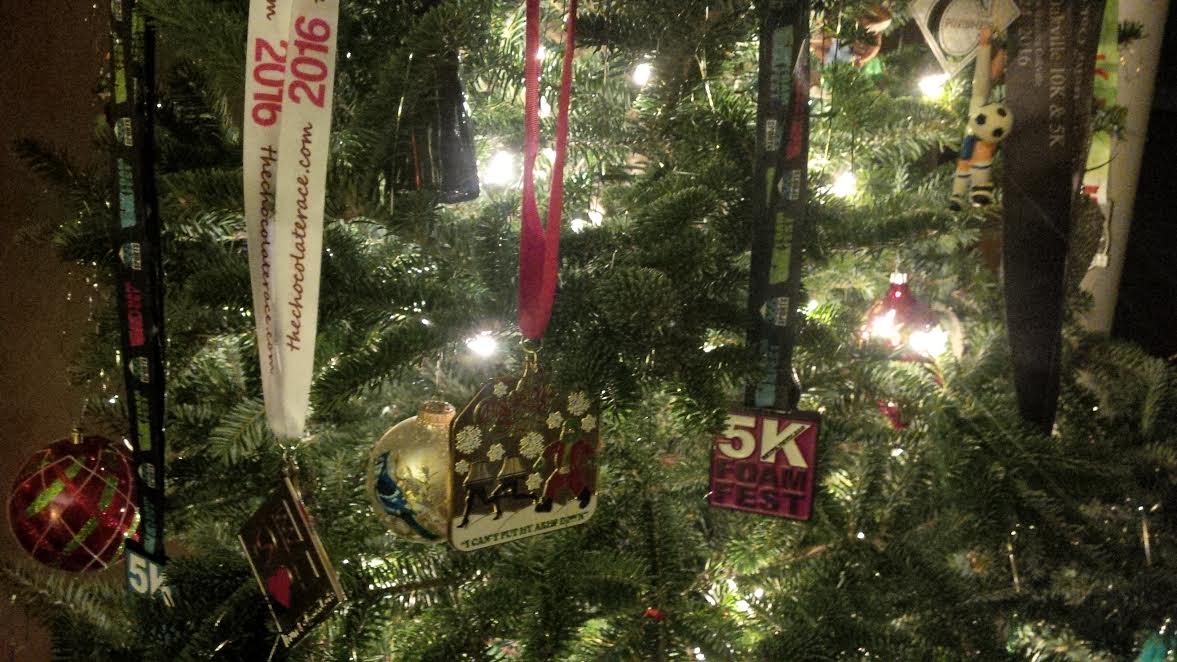 Just like ornaments are momentos that sometimes evoke wonderful family memories, the medals are symbols of these wonderful experiences that we have had throughout 2016. They symbolize the hard work, frustration, happiness, but more than anything, the time spent with my family. Our kids are at a magical age where they still enjoy hanging out with their parents and the complications of being teenagers has not yet taken hold.