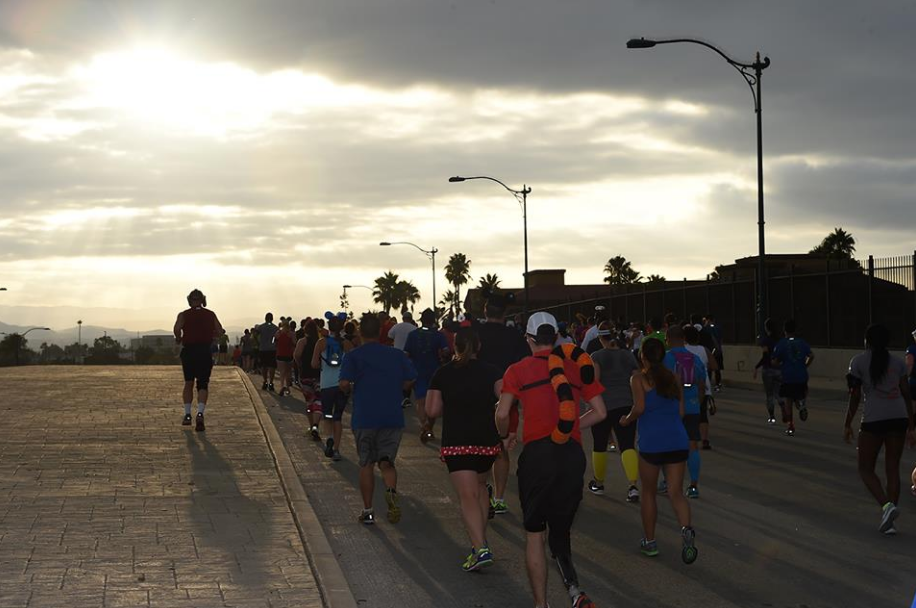 There are many things I love about racing “shorter” distances like 5K, 8K and 10K.

I say “shorter” because it seems everyone these days is training for a marathon or half-marathon (not to mention those training for half and full Ironmans). These longer races are all admirable goals to train for but these days, they require too much of a time commitment for my liking.

You need to go with the flow for the stage that you’re in. Right now, I’m in the stage where I need to get everything done quickly and efficiently and then move on. That lends itself well to 5K training.  So, to anyone who asks, I say I’m training for mostly 5K’s.

But I’ve discovered a serious flaw in my plan of just jumping into 5Ks when they’re convenient.

The fact of the matter is that they’re never really convenient. As a result, they often get re-prioritized. I have no one to blame for this but myself, but after a summer of saying I was racing 5K races, I only ended up starting two and finishing one.

It does suit me right now to be able to re-prioritize on the go. I don’t want to have to say no to a kid’s birthday party, a bike ride with my family or an invite to a last-minute cottage or a camping weekend. I keep fit enough that I could jump into a 5K on any weekend. The way I see it, it will lead to one of two outcomes. Either I’m pleasantly surprised or I have a bad race and question my training.

But after I missed a few 5K races in favour of other activities that popped up, I realized I wasn’t respecting my races. Instead, I was pushing them to the back-burner and shrugging it off saying “It’s just a 5K.” And then, it happened. I had a DNF in a 5K.

It’s all relative. A marathoner might ask how I could possibly get 3K into a 5K and drop out. “Is it really that hard to finish the final 2K?” they might ask. At the pace I’d set for myself in that race though, it was. It was an all-or-nothing scenario. I ended up with nothing. I was too busy leading up to the race and I thought that I could cram my training into a small time frame. I couldn’t. My mind wasn’t focused 100 per cent on my race, and it was that missing mental strength that was crucially missing in the last 2K. So I dropped.

For any of my longer distance races in the past (the half-marathon and up) my weekends were blocked off and my family and social schedules were adjusted. Why did I feel that I could justify the prioritization for those races just because they’re longer? I’m even one of those people who loudly defends the 5K as not “just” a 5K. It too is an Olympic event, and you would never dismiss an Olympic runner saying that they run “just” the 5K. Focusing on going faster over a shorter distance is just as commendable as completing a longer distance.

So, I’ve learned a lesson. If I really do care about the results of a race, I have to plan for it– regardless of distance. I now have a “season” of fall races written in my calendar in pen. If a birthday party, a cool excursion or some other fun option comes up, I’ll still prioritize my race. I will book the babysitters and rely on amazing grandparents so that on race mornings and weekends, I can focus on me.

At least since it’s a 5K, when the big day comes around, it won’t take that long.