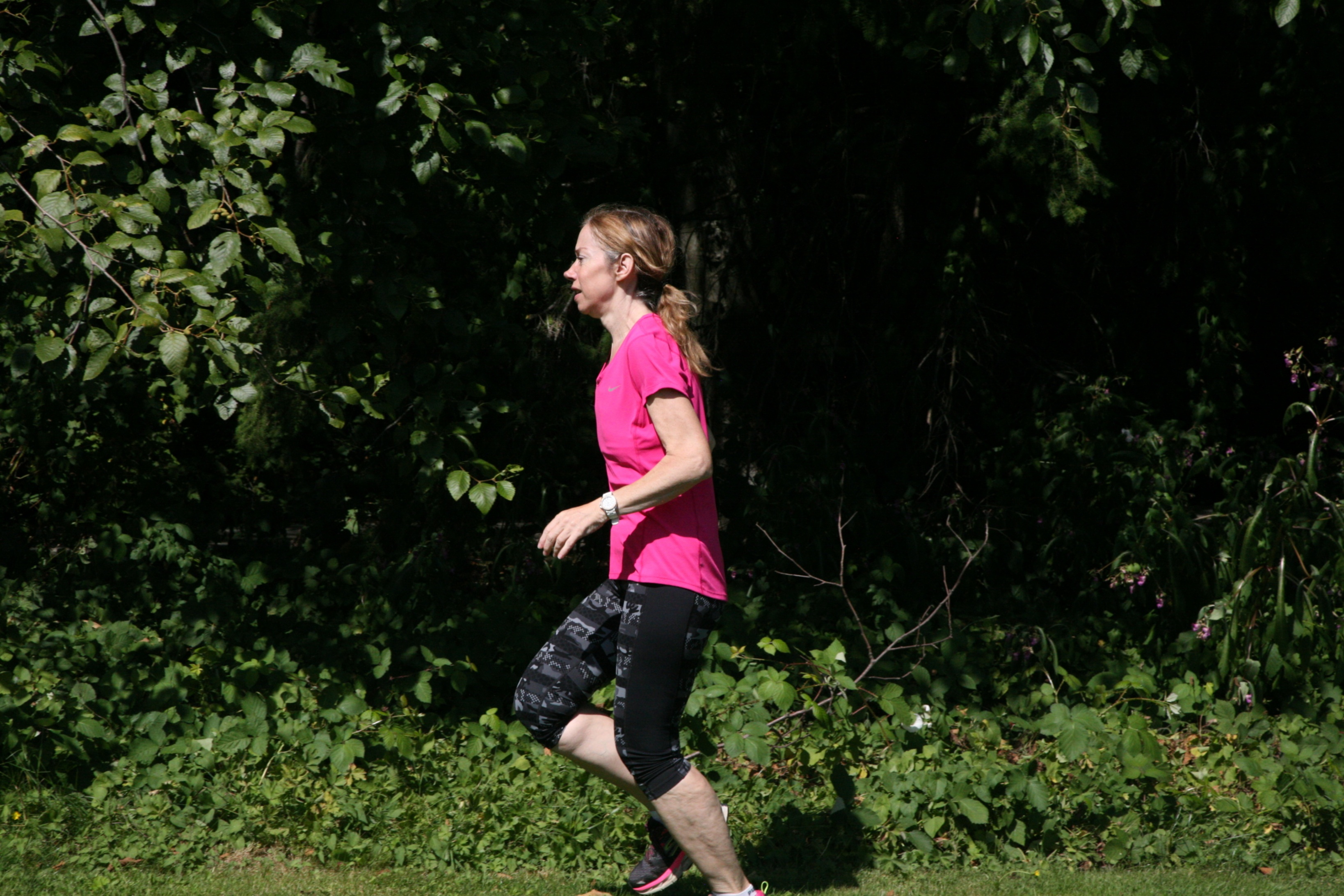 When Christine Blanchette started running in 1999, she had a mission: to run the Vancouver Marathon. Only five months after she first hit the pavement, this west coaster signed up for the marathon and incredibly qualified for the Boston marathon. A year later, she completed a 50-kilometre ultra-marathon in Victoria and placed second. She had found her passion.

Wanting to share her new hobby with others, she started a run club for the City of Richmond and began a half-marathon clinic with the UBC Athletics Department. That led her to hosting BC’s only running, fitness and health show: Run With It.

Her show is now in its second season. Her interview subjects range from amateur and professional athletes, coaches, musicians and actors. When not lacing up for a run and talking about it on television, Blanchette also finds time to write a column for two newspapers, does radio commentary for a Quebec radio station, and writes numerous articles on fitness and running.

To round things out, she also puts her efforts of a program called Run to Quit that helps smokers quit smoking through running. This program touches close to home because her mom died of lung cancer this past June.

Through all this, Blanchette found some time to talk more about her running:

What drove you to take your passion for running to the next step?

Christine Blanchette: I a lot to running. It has given me confidence and the ability to inspire others not only through my running, but also in creating and hosting my own TV show called Run With It. I also write about running and fitness.

What does running do for you and why do you want to share with others?

CB: It gives me a sense of accomplishment, but the overall feeling you get from running: a happy mind, body and soul. I want to share running with others because it is inexpensive (you just need shoes and proper clothing), it can be done anytime, and you don’t need someone to do it with. I want to help others and I also do this by teaching running.

Any advice for new runners lacing up in 2017?

CB: Start small and set realistic goals. Pick a proper running program for you that fits your lifestyle and fitness level. Keep motivated by recording your kilometres in your calendar. Follow the hard and easy principle: run hard one day and the next day is rest day. Don’t just follow a proper running program, but eat healthy too.