Jessica Kuepfer was hit by a car in early fall. It put an end to her formal training for a number of months. In the final blog of the series, she tells us the steps she took to get back to running and looks at the treatments she had during recovery. 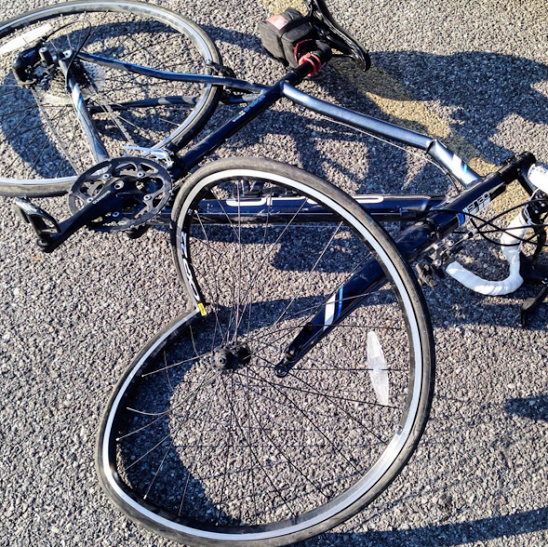 One of the biggest things I learned when I began looking for treatment after my accident is that it’s not as simple as just going to a specialist and requesting treatment. In fact, there are actually many professionals who will not work with you the moment you are classified as a motor vehicle accident victim.

That made the first couple of weeks frustrating for me. Arguably, it was the time when I most needed treatment and I needed to wait until all of the paperwork was processed. Then, a local professional who specialized in treating motor vehicle accidents was recommended to me by my insurance company.

RELATED: What I tried this week: Cross-training to recover

Because my body was in shock, I found that the first of the treatments made me ill. The physiotherapist who I began seeing started with dry lasers as a non-invasive method. It began working on loosening my calf muscles. During the first couple months of treatment, we didn’t use massage because it would have been too aggressive for my muscles as they healed. 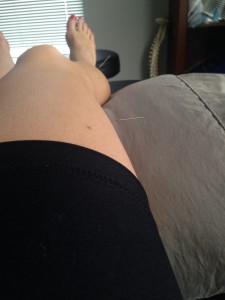 I saw a physiotherapist twice a week for the first month. As a result of the accident, the greatest injury that I suffered from was severe IT band pain and so we gradually moved towards acupuncture to loosen them. I asked a thousand questions during this process. I was told that it was not an IT band problem, but simply my body’s way of a) communicating that not all was well and b) preventing me from hopping back into training.

I had mentioned it in a previous post, but I ceased all training programs with my coach and just focused on getting my alignment back to normal. After two months, my physiotherapist folded in massage therapy. My IT band issues disappeared.

We began focusing on my peroneal tendons which were the cause of the pain on the lateral side of my left foot.

As December approached, marking over two months after my accident, I began feeling like a healthy athlete again. I felt ready to tackle regular training again. My coach and I set up a training program to ease me back to my regular training volume and to prepare me for my goals in 2016.

It has been quite a journey. Although it was a frustrating and often discouraging process to be sidelined by an injury not related to running, I learned a lot about the importance of rest, self-care and listening to the experts in situations which you are not familiar with.

I certainly don’t take my health in running and training for granted and I have become a much more cautious cyclist. Like with every instance that causes runners to take some time off from running, it was an opportunity to learn how to stay healthy and strong when I am training.

You can find me on Twitter @lacesandlattes and my personal blog.