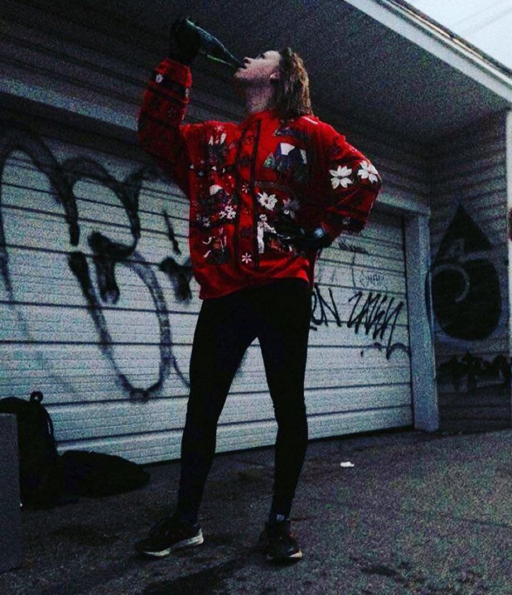 The beer mile has been a hot topic these days and it piqued my interest. The idea of adding an extra obstacle to the mile race (which already is difficult enough in its own right) seemed crazy to me, but that is exactly the sort of thing I strive to tackle for this blog so I decided to give it a try.

This was my first beer mile and I was apprehensive. I am not a big drinker at the best of times so I was worried if I would be able to complete it, much less do well. My goals going into the race were to finish the mile with no penalty laps and in less than 10 minutes.

I did some research before to learn about what I was getting myself into. This is what I found:

The premise of the beer mile is simple. You need four beers, all five per cent alcohol or higher. They need to be in either cans or bottles. You need a one-mile stretch and a pair of running shoes. Spectators don’t have to be present but are helpful especially for timing the event. When the race begins, you drink your first beer, run 400 meters, drink your second beer and so on. If you throw up at any point during the race, you need to do a penalty lap which will be tacked onto your time at the end.

It was cold evening in early December that found me toeing the start line with my four beers (I chose to go with Steam Whistle) and a few friends at a local track. I was apprehensive that it was not going to end well as I was most certainly not prepared for it. At the start signal, I bravely popped the top of my bottle and started chugging.

I realized much too late that I’m not a chugger in any sense and I was left desperately swigging at my beer while my competitors had already began the run portion. I began my first lap in dead last and chased as hard as I could.

One of the key components to running a beer mile is belching. You have to get that carbon dioxide out of your system in order to create more space for the next beer in less than two minutes. It is important to run and belch at the same time.

Once I reached the second beer, I was feeling stronger. I popped the next top and swilled away. I had closed a bit of the gap but my research informed me that the worst was yet to come and that the third beer and lap around the track was the make-or-break moment.

I felt strong coming into my third beer and I picked up the drinking pace before beginning to sprint the 400m. I felt for the first time during the race that I might actually be able to reach my goals. I was not feeling nauseous and was still feeling strong on the run portion. I pulled ahead into second place and reached for my fourth and final beer.

I took it down as quickly as possible and left for my final and fastest lap. I sprinted into the finish line shortly after the nine-minute mark with my dignity intact and goals achieved. It was a hilarious and exhilarating first beer mile and although it will not be a regular part of my racing repertoire, I am excited to add this check mark to my experiences list.