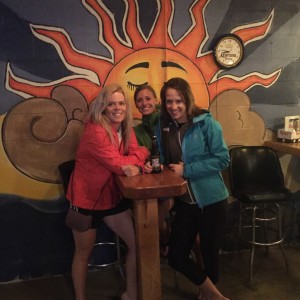 I was recently at a party talking to some friends about an amazing craft beer I’d recently discovered in a small American town over my last race. One of my friends responded with a story of a recent marathon they were cheering on while drinking some heavy porters and one of the runners who was in the top quarter requested some at around mile 18 of the marathon. Incredulously, they watched him chug the heavy beer and keep running.

Despite wondering about his fate in the remainder of the race, it got me thinking about the intersection of running and beer. We have running groups based around exploring local breweries. Canadians created the Beer Mile.

There has been some hopeful discourse on the benefits of beer and running performance but it has been more or less debunked. Still, I firmly hold on to the idea that beer has an important role for runners for the following reasons.

Scenario 1: We all know that guy who got drunk the night before a race, stayed up way too late and arrived at the start line a little worse for wear, only to win the race, set a course record or to establish a new PR. 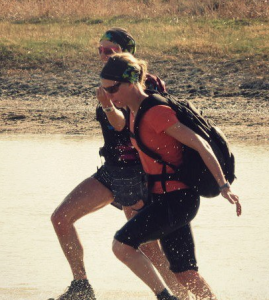 Although I don’t think beer is the contributor to this stunning display of athletic prowess, I do think it provides a lack of expectations at the start line. Your mental state has a large effect on race performance and, sometimes, not letting yourself get in your own way is the best way to have a successful race. Of course there are many ways to achieve it, but it does help explain why beer has been attributed to some best performances.

Scenario 2: You are exploring a new place you are visiting for a race and you happen across a small local bar. You settle in, try a few new flavours and discuss the town and race with the locals.

Some of my neatest memories after a race have been sitting in a cheerful little bar in the mountains, listening to locals rave about their community and the race. Nothing creates new friends and cultural experiences like sharing a local brew with the people who know the race and the town more than anyone else. 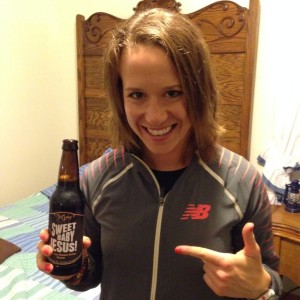 Scenario 3: You are finishing up a race where you have left everything out on the course and somehow, the most suitable way to mark the occasion is to raise a glass with fellow competitors and celebrate your accomplishments.

I have not always loved beer. For me, like many, it was an acquired taste. I will never forget the moment I fell in love with it though. I was on an expedition in the North Dakota Badlands and had ran all day over steep buttes, streams and barren fields.

As I arrived back to camp, someone handed me a cold beer and, without thinking, took a swig. At that moment, I completely understood what people were talking about when they said there was nothing better than an ice-cold beer after an athletic effort.

I know beer is not for everyone, but at the heart of what it stands for in the running community, it offers celebration, connection and just a good time. I can raise a glass to that!