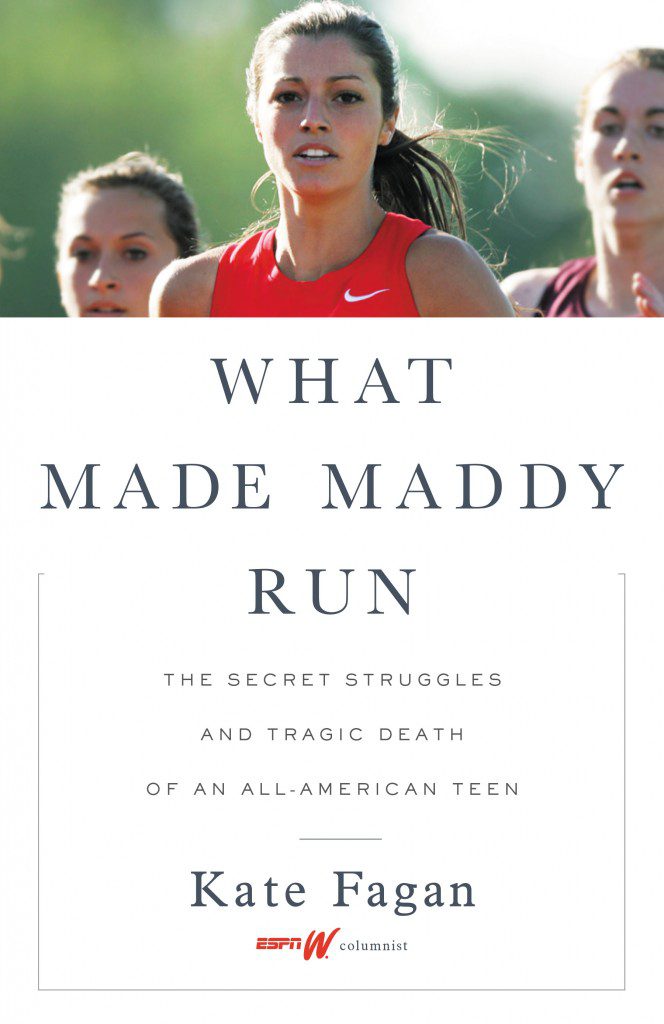 What Made Maddy Run: The Secret Struggles and Tragic Death of an All-American Teen, written by journalist and ESPN columnist Kate Fagan, is the must-read book of 2017 for runners or competitive athletes of all kinds. If there’s a narrative worthy of investing hours of reading time into, it’s Fagan’s account of the mental health struggles of university track athlete Madison Holleran.

Published this year by Little, Brown and Company, Fagan’s non-fiction book sits just under 300 pages as she reveals what went wrong for Holleran, who was in her first year at the University of Pennsylvania track team when she jumped off the roof of a parking garage, taking her own life. The 800m runner had been struggling through a deep depression as she tried to keep up with the demands of academics and high-level athletics while adjusting to having moved away from home.

For months leading up to her suicide, Holleran pinned the demands of track life as being the source of her misery. The sport she once enjoyed turned into a daily source of anxiety, constantly leaving her feeling inadequate and unable to keep up with the intense workouts, mileage and racing. Her schedule as a student athlete quickly led to her mental burnout and depression.

As a young adult, coming of age in the early and mid 2000’s, Holleran was part of a generation which pushed for excellence–emphasizing straight A’s and perfect GPA’s, a solid career path locked down and commendable performances in a extra-curricular pursuits, including running track. As Fagan notes, where past generations may have been satisfied with half as much, plenty of students like Holleran are pushed to pursue Ivy League acceptance and neverending personal bests. Anything less than perfection she perceived as being a failure. While Holleran made it clear she wanted to stop running on her track team and transfer universities, she felt backed into a corner and stayed on the team at her Ivy League school, despite the rapid decline of her mental and emotional wellbeing.

Kate Fagan is a journalist, mostly reporting on sports. She currently works for ESPN, is a regular panelist on ESPN’s talk show Around the Horn and also spends time in front of the camera for Outside the Lines, First Take and His & Hers. Fagan came to this story having been a student-athlete in a high-pressure atmosphere and having also gone through similar mental health struggles during this time. Growing up, her sister was also recruited to run for a cross-country team for an American school and so Fagan came upon this story familiar with Holleran’s world. Seeing parallel’s between her story and Holleran’s, Fagan began researching the life behind this widely reported suicide. In putting together this book, she interviewed Holleran’s family, coaches, friends and former recruiters. She also acquired text messages, school essays and letters to piece together Holleran’s story.

RELATED: Painting scenes from the trail has become part of my depression recovery plan

Why it’s worth the read

What Made Maddy Run’s 300 pages are thoroughly researched, written with sensitivity and provide a full picture of an experience that’s becoming increasingly common in an age when the Instagramifcation of reality tends to alienate more than it brings people together. Madison Holleran’s story might be one of a young girl enrolled in a track program in Pennsylvania, but likely, readers–particularly younger, student-athletes–will spot some of their own experiences mirrored in Fagan’s chapters. Fagan reports the facts accurately, committing to be true to what happened without sensationalizing a young girl’s death. What Made Maddy Run should help connect and empower young runners, so that they may understand better why they run, and how that can hopefully be a positive and healthy part of their lives.