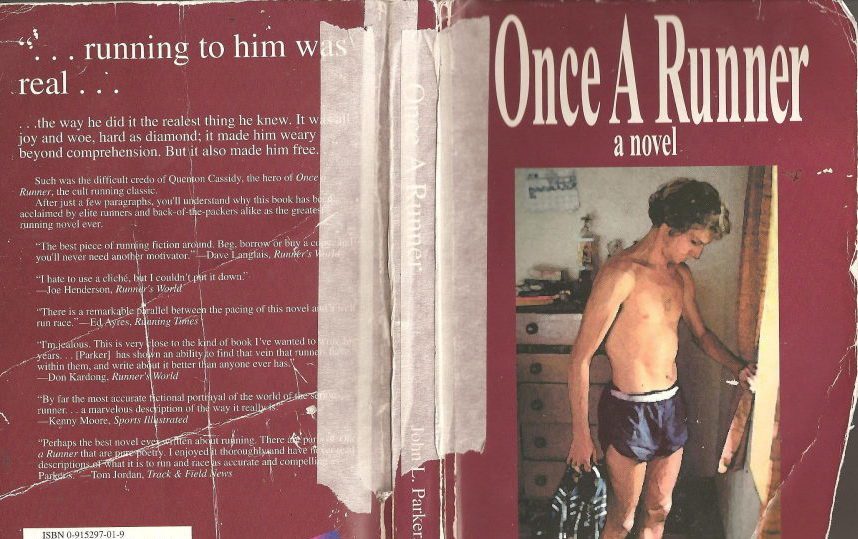 John L. Parker, Jr.’s novel, Once A Runner, is undoubtedly the most widely read novel about running. It is also the most obnoxious.

As a member of a collegiate level cross-country team, the prime demographic for Parker’s proselytizing, I may lose friends over that statement. Nonetheless, I believe that there are strong arguments to back it up.

Oh, and one more thing that I should probably clear up before I begin – I’m also a girl (that’s right, we run too!).

Condescension towards other runners does not make you cool

The very first line of Once A Runner disdainfully reports that “the night joggers were out as usual,” with these night joggers including “plump, determined looking women slogging along with fleshy knees quivering” (maybe you can start to see already why I might have problems with the novel’s depiction of women?). This opening sets the tone for the rest of the book, which is, “fast running is the only real running and if you can’t do it, you’re wasting your time.”

The glorification of overtraining is a dangerous message

Bruce Denton, the role model/guru/mentor/cool older brother figure to the protagonist Quenton Cassidy sets the tone on this one when he refuses to let a violent stomach flu interfere with his training schedule. FYI to those reading this – most coaches would agree that the combination of vomiting, diarrhea and dizziness are worthy of a day off. Yet Denton “arose and ran two eerie miles at a stumbling pace, pale and shivering the whole way. His wife was aghast.” I include the second portion of that description in here, because it contributes towards another message of the novel, that is, women don’t understand running. But, more on that in a moment, when I get to the part about having people in your life other than running (another FYI, running is unlikely to keep you warm at night, care for you through sickness and in health, etc. so it doesn’t count as a support network).

The mileage performed in the pages of the book also sets a ludicrous precedent for those reading it. Cassidy is running 37K a day towards the end of the novel, translating to 258K a week. This number is just stupid, even for most world class milers.

Having people in your life is necessary, regardless of how fast you want to run

Due to his overtraining, Cassidy lives in a “more or less constant state of fatigue-depression,” which is something that (according to Parker), a runner must go through to accept “The Trial of Miles; Miles of Trials.” And yes, this phrase really is used throughout the book and has been adopted by countless impressionable young men who then go on to wreak havoc on their bodies in the name of living up to a persona wearing a GAUNT IS BEAUTIFUL T-shirt.

Andrea, Cassidy’s love interest and the only female that really has any text devoted to her, just can’t understand why he is doing this to himself. According to Quenton himself, the reason she can’t understand is because she’s “never been in four minute shape.” To add to the heightened dichotomy between the sexes, Andrea has a disability in the form of an ankle injury, so her running form is forever relegated to that of the weak.

She is also portrayed as being jealous of the time that Cassidy devotes to running and Quenton feels relief when he gets away from her to a cabin to, you guessed it, train until he nearly kills himself. That is, until he misses her and runs nearly 55K straight (maybe this is supposed to impress her?) to tell her that he misses her but that running comes first. But hey, I guess Parker never said he was giving relationship advice.