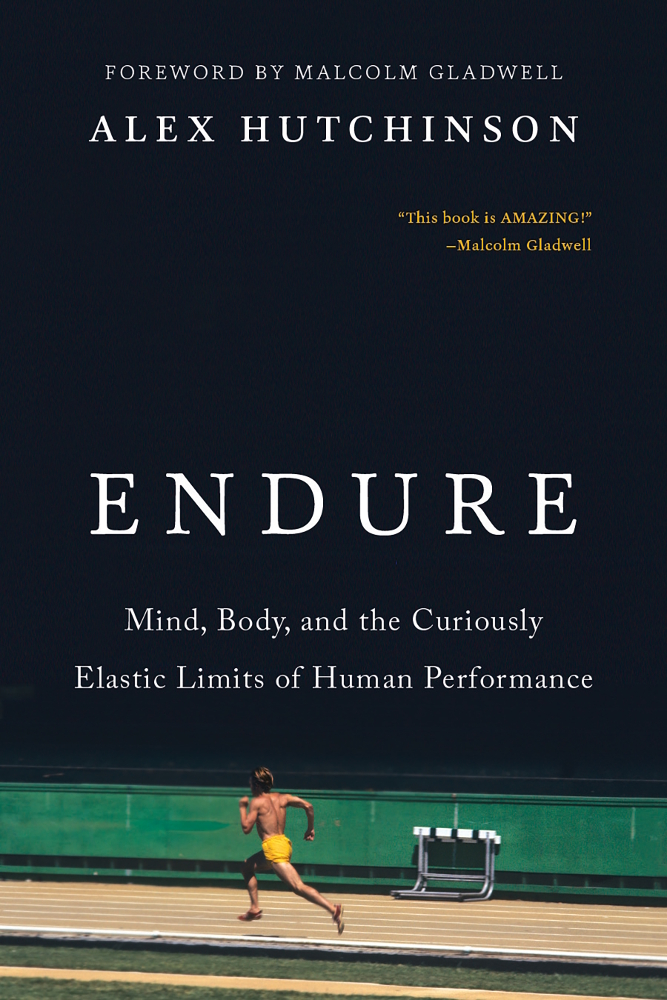 Alex Hutchinson’s new book Endure comes at what feels like the precipice of an important time in the history of sport. As a globally respected sports science journalist, Hutchinson weaves together what could be seen as a web of disparate, anecdotal performances and studies, if handled by a less sophisticated researcher. In a Gladwellian manner, Endure tells the story of the history of endurance sports physiology, and does so with intelligence, creativity and heart. And at the centre of this compelling read is an apt protagonist: marathon runner Eliud Kipchoge.

Endure begins with Hutchinson watching Kipchoge run dizzyingly efficient laps around the F1 track in Monza, Italy during Nike’s Breaking2 project. Hutchinson then deftly pivots to pertinent studies, giving them context and historical vibrance, before diving back into a telling scene in the history of endurance sports to illustrate that particular discovery.

Endure manages to build a cohesive narrative out of moments from the Tour de France, LeBron James’ cramping in the 2015 NBA finals, an ultrarunner who can’t perceive time or feel pain, and even 18th-century Arctic explorers. But the spine of Endure is Breaking2, Nike’s quest to crack the code to running the perfect marathon.

As Hutchinson describes, the idea of a sub-two-hour marathon speaks to sports fans as much as breaking the four-minute mile did leading up to the Bannister era. Two hours is a nice round number, but the concept stems from a sports physiologist’s musings back in 1991. Out of curiosity, American Michael Joyner ran a slew of data and concluded that at some point someone would run a 1:57:58 marathon. In the next few years he might be just be right.

Endure is broken down into elegant and somewhat discreetly readable chapters, always finding a way back to Breaking2, which Hutchinson extensively reported on for months, shadowing the athletes and Nike’s science team. Besides these cinematic sequences, which are thrilling, Hutchinson excels at making the science cohere around his central question: what limits us, our body or our mind?

And there he is, the man of the hour. It figures that the author of a book on endurance has a sub-17 BMI. pic.twitter.com/4B0C2PaZHH

Hutchinson’s research led him to South Africa and Tim Noakes, the controversial sports scientist who first posited the “central governor theory,” which argues that the brain limits performance well before the body has reached its maximum output. Hutchinson next documents the research of another pioneering scientist, Samuele Marcora, who has developed a series of brain-training exercises to push that governor. Hutchinson even put himself through these gruelling exercises in order to run a marathon in 2014, turning himself into a test subject.

With Endure, Hutchinson’s rigorous research and vivid storytelling has drawn comparisons to Malcolm Gladwell’s work. His thesis strikes gold with Eliud Kipchoge and Breaking2, which feels like the beginning of an exciting and revolutionary period in endurance sports. Will we figure out the true limits and limitations of human performance in the next few years? Hutchinson relays a subtle, yet prophetic moment leading up the Breaking2 which reads as almost mystical, if it weren’t for what ended up taking place on that F1 track. Apparently, in preparation for Breaking2, Eliud Kipchoge didn’t change his training from previous marathon builds, but he tells Hutchinson over the phone that, “My mind will be different.” Just what that “difference” is could unlock the truth about the limits of what we are all capable of achieving.