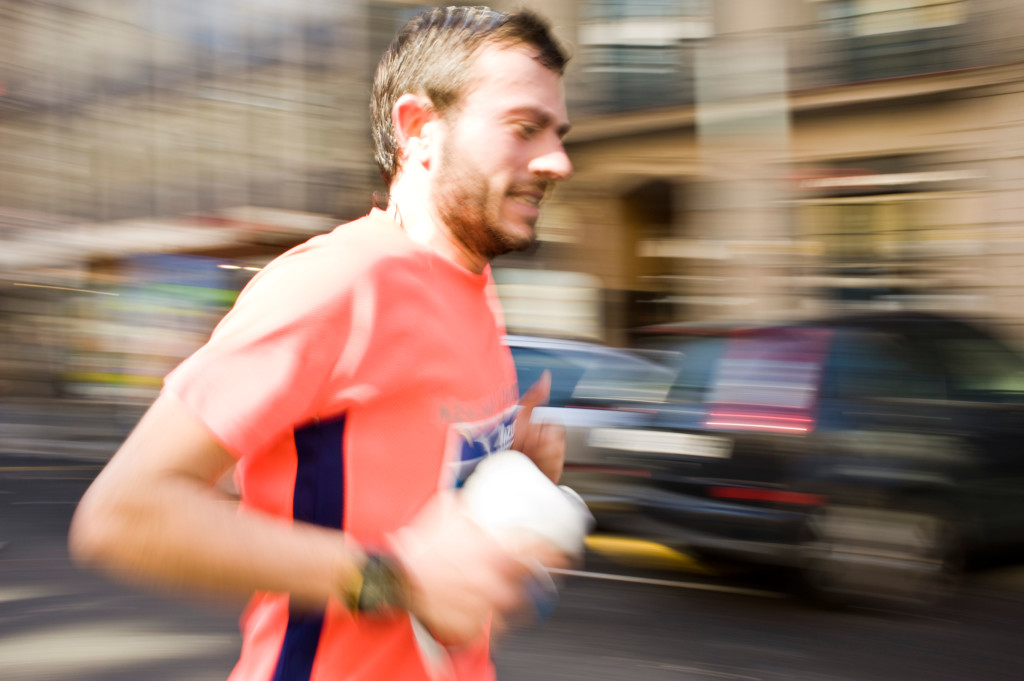 Several theories exist as to why we fatigue at the end stages of a run. For a long time, the conventional theory was that our muscles were the limiting factor. The idea was that we could only use as much oxygen as the heart and lungs could deliver and that we would eventually fatigue when lactic acid accumulated, grinding us to a halt. During longer events, such as the marathon, there’s also the problem of running out of glycogen, the body’s preferred source of fuel, leaving the body to use fats which are slower to metabolize.

While that explanation was accepted, there’s another line of thought.

Do our brains limit our exercise?

A more recent, and increasingly accepted, theory suggests that the brain ultimately determines what our bodies can do during exercise. This “central governor” theory proposes that the brain is in charge of regulating our physical efforts by monitoring the environments, and then regulating the output so that it can be safely maintained for the duration of the event.

The name given to this process is homeostasis. It describes the regulation of any system, such as your body, in order to maintain a relatively constant or similar state.

Much like a thermostat, when a change is detected in the environment—say, it gets too hot or too cold—an appropriate response occurs to return the system back to normal. Obesity research has long held that one of the reasons that losing additional weight can become so difficult is that the body prefers to maintain a set body weight, beyond which losing (or gaining) additional weight is made exceptionally difficult. Unfortunately, for evolutionary reasons, it’s much easier to gain weight than to lose it.

RELATED: Six mental tricks to run and race your best

How does this idea apply to fatigue?

Research in sport science is now investigating this theory as it applies to fatigue. The theory suggests that the body is only able to withstand a set amount of physical, and perhaps mental, fatigue. When the highest possible level of fatigue approaches or is met, the body, and specifically the brain, automatically reduces its effort. Essentially, it slows down your pace.

Luckily for us runners, training plays a major role in gradually increasing the amount of fatigue that the body can tolerate by subjecting it to various stresses and allowing it to recover and adapt. Workouts mean that we can run faster and long runs help us run farther. Each helps us better handle future fatigue.

In addition to training, researchers now believe that mental training plays an important role. Visualization, self-belief and perhaps even an altered perception of pain may then be important tools to help you overcome fatigue. Imagining the finish and visualizing yourself crossing it thus achieving your goal is one such strategy to help overcome the mental and physical fatigue. Developing belief by looking back and focusing on your successful training and hard workouts is another way to increase your confidence and reset that governing voice that pleads for you to slow down late in a race. Positive self-talk is also a powerful tool. Many runners even develop a mantra which they repeat when times get tough.

Inevitably, both physical and mental fatigue will creep in. Developing strategies to tolerate and overcome this fatigue will allow you to run farther, faster and with more joy.