Do you want the good news or the bad news first?

Good news: exercising boosts your immune system, meaning that you are less susceptible to all sorts of unpleasant ailments.

Bad news: Hard workouts and long runs that require a big effort temporarily set back your immune system. This is why overtraining is often characterized by a continuous stream of head colds and why incorporating recovery is so essential. 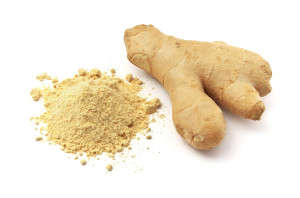 More good news: New research shows that a recovery booster may be sitting in your spice cupboard right now. A new study, published in the Central European Journal of Immunology, was conducted on the effect of ginger capsules on experienced runners.

The researchers analyzed data on 28 highly trained male runners with an average age of 23 and an average V02 max of 67 (a.k.a., some very fit subjects). All the runners completed the same training program for a 12-week cycle. After six weeks, participants performed an exhaustion treadmill test, after which their inflammation levels were measured.

For the last six weeks, half of the subjects took a 500 mg pill of powdered ginger three times a day, while the other half took a placebo pill. Once the six weeks were over, the runners performed the same exhaustion test. This time the researchers were looking for differences in inflammation levels between the ginger-supplemented and the placebo groups.

The placebo group demonstrated cytokine (protein markers of inflammation) levels 32 per cent higher than they had been during the test six weeks prior. This means that their immune systems were taking a toll from the intensity and length of the training cycle. This is important to note, as three months is often the amount of time runners allot for training for a half marathon.

The ginger-supplemented group demonstrated cytokine levels that were 18 per cent lower than they’d been during the exhaustion test six weeks prior. That means that their immune systems were actually improved from the previous test.

Ginger is a flavourful ingredient that can be easily added to all sorts of recipes. Runners hoping to ward off sniffles during their training and the dreaded pre-race illness should definitely pick up some ginger from their local grocery store. 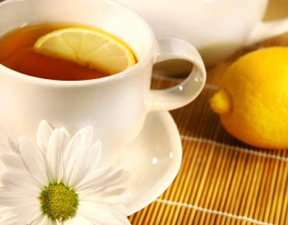 One cup of strong ginger tea contains approximately 250mg of ginger.  Ginger tea is also renowned for its stomach-soothing properties, so for runners with tricky stomachs, this is a great way to address two issues at once.

For an immunity boost, grate some fresh ginger into your morning smoothie.

½ tsp of fresh or powdered ginger

½ cup of milk (or milk alternative) 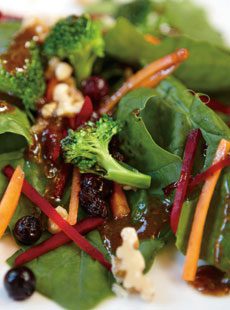 Ginger can add some zip to your favourite vinaigrette based dressings. Add a pinch of ginger to a mixture of olive oil and balsamic vinegar for a light, summer salad dressing. Pair it with mixed greens and roasted vegetables.

4)   Throw some in your omelette

Chop some red pepper, zucchini, fresh rosemary and basil and throw it into a frying pan. Sprinkle ginger into egg mixture and pour over veggies, flipping when cooked.

You can purchase pills of powdered ginger at most health food stores.