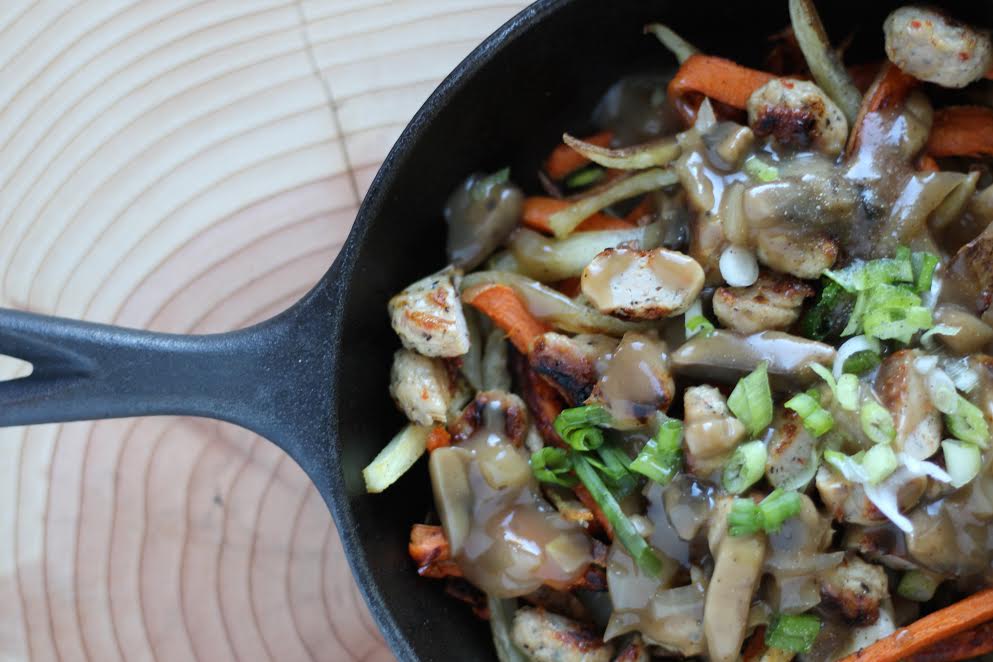 Canada’s birthday is coming up, meaning it’s the perfect occasion to celebrate everything Canadian. While we don’t have a very unique culinary experience for visitors, there are a few things we’re extremely proud of: Tim Horton’s, beaver tails, Nanaimo bars, and poutine. While these dishes are seldom found on a runner’s weekly menu, I wanted to try to put a spin on one of my country’s national dishes.

When one thinks of poutine, it’s kind of a known fact that the ingredients are simple but not the best for you. Fries, beef gravy, and cheese curds… it’s a wonder why any one would want to try this seemingly unappetizing dish. I think the first time I had poutine it was a very sub-par version from New York Fries in Nanaimo when my cousin convinced my sister and I that it was the best thing ever. Being 10 years old and excited to live in Canada, she sold me just on the sole idea of it being the greatest. It wasn’t. Needless to say my poutine consumption isn’t very frequent. Well, until now.

Baking matchstick sliced potatoes and yams, whipping up a pot of mushroom gravy, sautéing some organic chicken sausage, and sprinkling with chopped up mini low-fat bocconcini, I found my version of poutine that I didn’t feel guilty about eating. While it’s not the traditional flavours or ingredients, I think it tastes pretty damn good.