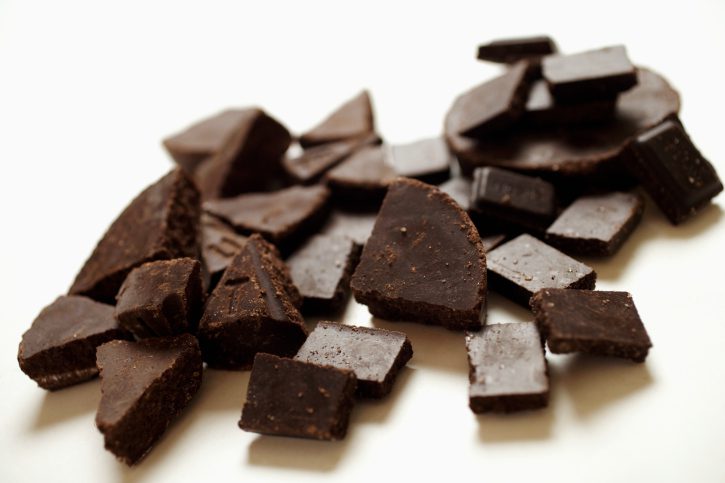 Foods such as chocolate and berries that are high in flavonoids may help prevent the onset of obesity and diabetes.

The new study, from King’s College in London, of almost 2,000 TwinsUK volunteers has found that foods high in flavonoids help fight inflammation associated with diseases such as diabetes and obesity, as well as cardiovascular diseases and cancer.

Previous research has suggested similar findings as these results, but this is the first large scale study on humans of how these foods can keep diseases at bay. The results of the study are similar to previous correlations between chocolate and red wine consumption, and smaller waistlines.

Participants were all surveyed extensively to discern an estimate of their flavonoid intake and were then given blood tests to determine insulin resistance, among other indicators of diabetes risk. Insulin resistance is one of the best determiners of an individuals risk of developing Type 2 diabetes and obesity.

“We found that those who consumed plenty of anthocyanins and [flavonoids] had lower insulin resistance,” said lead researcher Aedin Cassidy. “High insulin resistance is associated with Type 2 diabetes, so what we are seeing is that people who eat foods rich in these two compounds — such as berries, herbs, red grapes, wine — are less likely to develop the disease.”

Researchers did note that the topic needs to be examined more closely to determine the amount of flavonoids needed to best benefit from their disease-fighting abilities.