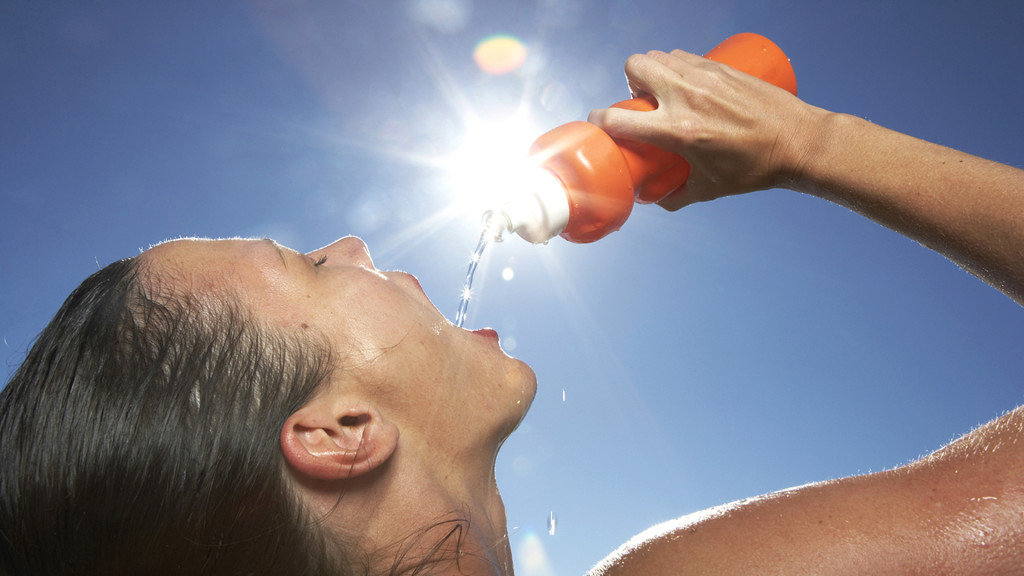 Alex Hutchinson is Canadian Running magazine’s ‘Science of Running’ writer, author of a bestselling fitness novel, ‘Which comes first, Cardio or Weights?‘ and regularly contributes to the Globe and Mail and the New York Times, among others.

RELATED: Running and recovery: Has the end of the R.I.C.E. age arrived?

We asked Alex to provide some insight on the many myths and misconceptions regarding hydration and running:

CR: What does the latest science say about what runners should be doing as far as hydration goes?

AH: The right answer depends on the runner, the distance and the conditions. And even then, there’s no formula. Some people tolerate a bit of dehydration better than others, some people can handle drinking more without getting an upset stomach and so on. Science provides some general guidelines, but ultimately trial and error determine what works best for each person.

CR: Is water enough or should sports drinks with electrolytes be used?

AH: My sense is that electrolytes are probably overhyped in the context of marathons and shorter races, though not everyone would agree. In longer races, you benefit from a sports drink mainly because you get energy in the form of sugars. If you’re running for less than 90 minutes or so, drinking water if you’re thirsty should be fine.

CR: For what distances/amount of time running does this apply? What are the guidelines as far as when/how often a runner should be hydrating? Is it true that runners should only drink when thirsty?

AH: There’s huge variation in how much people sweat, so that will determine how much you need to drink. I think “drink when you’re thirsty” is pretty good advice, but that assumes you’re in tune enough with your body to recognize when you’re thirsty. Also, during a race, you can’t always drink when you’re thirsty, since water stops may be several kilometres apart. So you have to be a little more deliberate and conscious about your hydration strategy if you’re serious about maximizing your performance.

The other thing to keep in mind is that fuelling and hydrating are tightly linked for most people. If you’re running a marathon, you need to drink in order to make sure you’re consuming and absorbing enough calories from gels or sports drinks. Unless it’s a really hot day, most people are going have a harder time keeping up with their calorie needs than their fluid needs – so if you take care of the former, the latter may take care of itself.

CR: Should one definitely hydrate during a run/race or is before and after enough?

AH: During a race, you should definitely drink if you’re thirsty. If you’re not conscious of being thirsty, I’d say don’t worry about it unless the race is longer than 90 minutes – in that case, it’s probably worth making a conscious effort to drink even if you don’t notice feeling thirsty.

During training, I personally almost never drink in runs up to about two hours. That changes on a hot summer day or doing intervals. I don’t mind feeling a bit thirsty, and I’m in tune enough with my body to recognize if I’m getting more dehydrated than usual. There’s a little bit of evidence that allowing yourself to get a bit dehydrated during training can trigger bigger fitness adaptations. That said, I’m not out there deliberately dehydrating myself – it’s what’s called “permissive dehydration.” I drink if I’m thirsty, but I don’t make a point of drinking during training. And I’m careful to make sure to drink before and after training, so that I’m not chronically dehydrated.

CR: Who should be hydrating during runs? Are there benefits to not drinking and becoming a bit dehydrated?

AH: If you’re racing a marathon and trying to set a personal best time, you should definitely plan to drink during the race. And if you’re going to drink during the race, you need to practice mid-run drinking during training, otherwise it will feel uncomfortable. Half-marathons are a grey area; shorter races, you don’t need to worry about drinking.

If you’re not focused on time, I’d suggest drinking if and when you’re thirsty and sticking primarily to water.