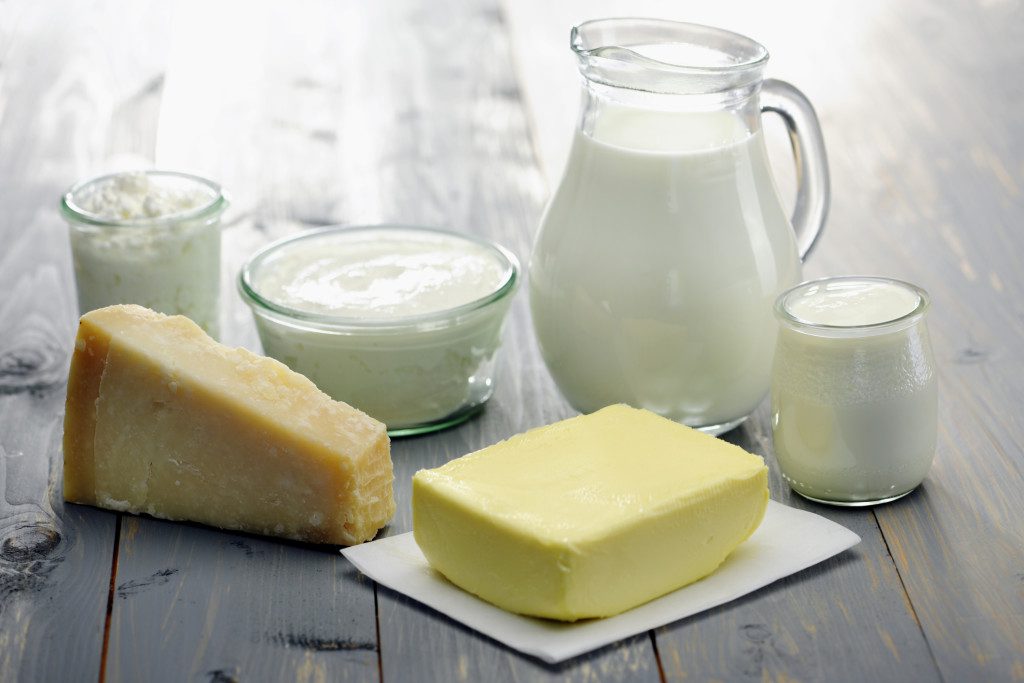 Not long ago we published a story about the ketogenic diet. The keto diet restricts carbohydrate intake, mostly replacing calories from carbohydrate with calories from fat. This puts the body into a state of ketosis, which means it must burn fat because no glycogen (stored carbohydrate) is available. The desired result is weight loss, and it is effective. But the diet has side effects, and we concluded that it’s probably unwise for endurance athletes.

However, the conversation around varying degrees of fat adaptation continues to swirl, and there is much debate on both sides. Some argue that endurance runners must have a steady supply of carbs to convert to glycogen to burn as fuel for long workouts and races. Others claim that reducing your carb intake results in a body that’s better adapted for fat burning, and can go much longer without the need for refuelling. Some very successful ultrarunners, such as Nikki Kimball and Zach Bitter, are fat-adapted to varying degrees, and swear by a low-carb, high-fat diet, if not the fully ketogenic diet. At least one ultrarunning coach, Jason Koop of Colorado Springs, feels a fat-adapted diet has limitations for endurance runners. Either way, we felt the subject merited deeper consideration.

First, let’s consider why it may be desirable to train the body to burn fat rather than carbohydrate as fuel. The traditional Western diet includes some combination of protein, carbohydrate, and fat (also known as the three macronutrients), and most people consume a relatively high proportion of carbs, including grains, cereals, bread, pasta, and sugar. Their bodies are therefore primed to burn carbs for fuel. Because the body can store much greater quantities of fat than it can of carbohydrate, if you train your body to burn fat instead of carbs, you should be able to run longer without needing to refuel, and you reduce the risk of bonking when your body’s glycogen stores become depleted in a marathon or ultramarathon. 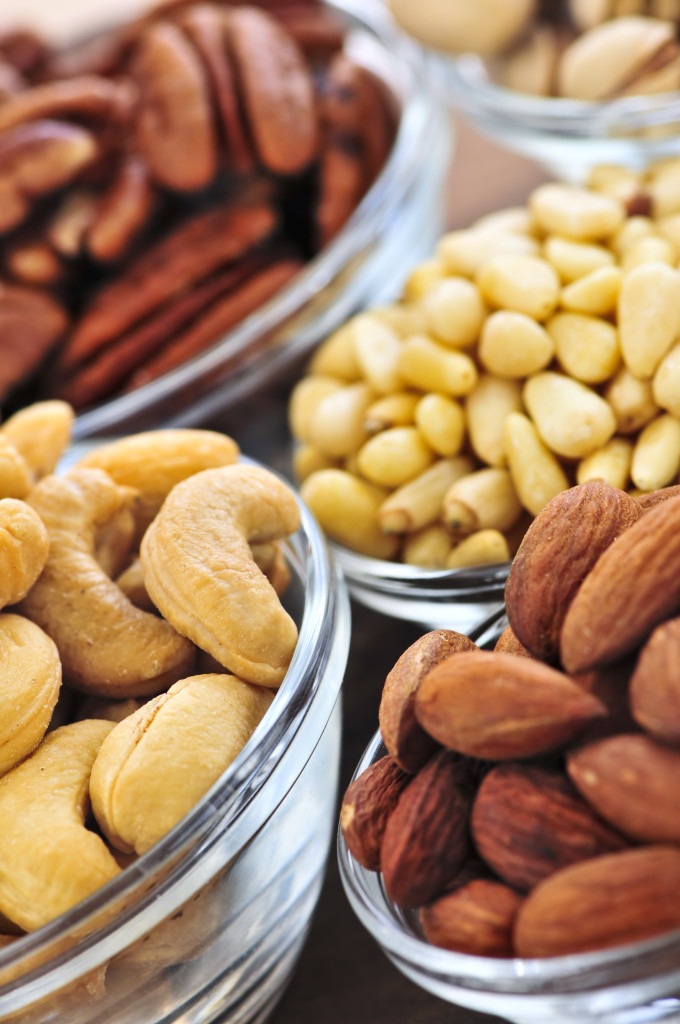 The keto diet involves fat adaptation to an extreme degree, gradually reducing carbohydrate consumption to around 50g per day, limiting protein consumption, and replacing most of the calories from carbohydrate with calories from fat. The body goes into a state of ketosis, where it’s forced to burn fat because so little carbohydrate is available. Dramatic weight loss may result. However, those who try the diet go through a period of adjustment involving fatigue and flu-like symptoms–definitely not desirable during training or racing.

Nikki Kimball, a physical therapist based in Bozeman, Montana, boasts multiple wins at ultras like the Western States Endurance Run, and her quest for the fastest known time on Vermont’s Long Trail was detailed in an absorbing documentary entitled “Finding Traction” (which you can watch on YouTube.) Kimball has also spoken openly about her struggle with clinical depression.

Zach Bitter of Davis, California is the U.S. 100-mile record-holder, the 12-hour world record-holder, and set a course record at the 2016 Javelina Jundred. His adoption of the keto diet has been discussed in mainstream media including Joe Rogan’s podcast and Men’s Journal.

Kimball, who was a cross-country ski racer as a young person, went vegetarian in middle school after watching a television broadcast in which a so-called nutrition expert denounced fat, red meat and dairy. “I was hungry every second of the day, Kimball says. “I ate sugar candy in an attempt to satisfy a hunger that could not be sated without fat. Further, I began experiencing increasing symptoms of depression, though I had yet to be diagnosed… In the mid to late 90’s I loosened my prohibition against fat, but continued to avoid red meat and cheese. Then, in 2001, three hours into a four-hour run with my then boyfriend, I announced, “I need a steak.” Paul asked me if I was ill. “No. I just know I need a steak.” Our run finished, Paul drove to a bison farm in Rutland, Mass… We bought two beautiful eight-ounce steaks.

“This was not a lot of fat, but enough to break my cycle of poor eating habits. I woke feeling fantastic the next day… As I continued to add various meat and fat into my diet, my running times decreased quickly. Within three months I had made my first U.S. Running Team, in the 100K distance. In another two months I qualified for the U.S. Mountain Running Team. I simply got stronger from there.”

Kimball says that a few years later she began to have trouble with nausea and vomiting during long races, between 20 and 30 miles in. She tried varying her race fuels, but nothing worked. Shortly after this she adopted a fully ketogenic diet, eating avocado, bacon, nuts, cheese, and red meat. The nausea disappeared, and she had her best race results ever.

“Since that time, I go in and out of a proper ketogenic diet,” Kimball says. “Before long goal races I restrict carbs for at least a few weeks. At other times I simply eat a balanced diet which is relatively high in fat. I feel I can tap into my fat reserves efficiently now even without being truly ketogenic.

“I really think what the whole fat adaption thing did for me was to free my mind from fear of fat,” Kimball told us. “I don’t stay keto all the time… but I do find myself much stronger and mentally more crisp when I have plenty of fat in my diet.”

Kimball emphasizes that she is a physical therapist, not a dietitian, and that she’s not qualified to advise people on the appropriateness of fat adaptation. That said, she claims that a higher-fat diet has had the following benefits for her: “decreased mood swings, increased clarity of thought while racing, a decreased need for calories mid-race, and much decreased incidence of nausea.”

Kimball relies heavily on the acknowledged scientific experts on fat adaptation, Stephen D. Phinney and Jeff S. Volek, authors of The Art and Science of Low Carbohydrate Living, whose website states “there is a lot of variation between individuals in their responses to any one diet. Thus there is an unmet need for tests that will guide individuals to the correct amounts of both carbohydrates and saturated fat to match their personal metabolic tolerances.”

It’s possible to achieve some level of fat adaptation without going full keto. The ketogenic diet may be too extreme for many athletes, but it’s not necessary to eliminate carbohydrate and sugar to achieve better fat adaptation.

Megan Kuikman, a Registered Dietitian and runner from Toronto, agrees that some degree of fat adaptation is desirable, and that it can be achieved without going full keto. However, she cautions against restricting carbs over the long haul. “A fully ketogenic diet may be detrimental for runners since it is also low in protein, and as a result, muscle mass loss can occur,” she says. “Another concern is missing out on important nutrients, since many foods are being cut out. This can be detrimental to health long-term and result in nutrient deficiencies.

“If you want to compete at your best, going the low-carbohydrate route is not the way to go,” says Kuikman, who claims most of the research supports carbohydrate fuelling for marathoners trying to run a fast time. “However, for those competing at moderate intensity (i.e. ultra-marthoners worried more about completing distance rather than time) it doesn’t seem to matter as much where the fuel source is coming from, so they may be able to get away with a lower carbohydrate and higher fat intake.”

It’s recommended you do it gradually, over a period of weeks, rather than all at once, slowly replacing bread, pasta, cereal, and sweets with healthy fats and protein in the form of lean meats, salmon and other fish, avocados, and nuts.