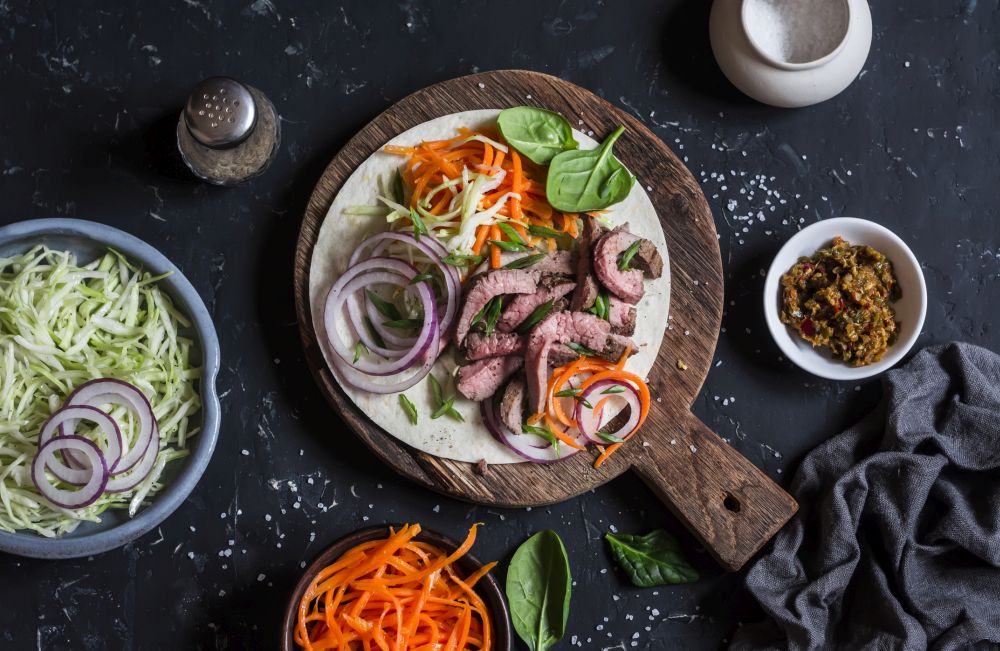 As far as poor eating periods go, December comes out on top. When winter sets in, guilty-pleasure cravings come more frequently as our bodies try to adjust to colder weather and a natural period of hibernation. That cheese and chocolate becomes more tempting than it was in summer. When the holidays roll around, rich food and drink and meat-heavy meals surround us. Proper nutrition isn’t exactly top on the mind. But when the final days of the year wrap up, many are thinking about eating fresh again. If you aim to practice better nutrition in 2017, making simple changes will go a long way.

In preparing for the new year’s revamp, we checked in with Jennifer Sygo, a Toronto-based sports nutritionist who works with both the Canadian Track and Field team and the Toronto Maple Leafs. She gave us a few ideas on how to get that diet back on track this winter.

Beware of the juice cleanse

So you’re set to kick off 2017 with a juice cleanse? Think again. Sygo encourages people to reconsider the typical “cleanses” that cut out solid food and swap meals for lemon water or fresh pressed juices. Letting the body go hungry is the wrong approach. “Anything that’s severe that involves massive deprivation leads to rebound weight gain,” she says. “Setting a goal to take care [of the body] is a great goal. Setting out to punish isn’t going to work well.” An example of a good goal would be to increase home-cooked meals in place of restaurant dining or figure out how to include more fresh produce in lunches and dinners.

Establish a routine, and stick to it

Your schedule has a big impact on how you eat. Ever notice that the busier you get, the worse the diet becomes? A jam-packed day easily leads to giving in to cravings or eating for convenience. Plan ahead. Sygo suggests always packing snacks. And starting the day off properly also goes a long way. A bowl of yogurt and granola should suffice for the a.m.– and eat it before you leave. “When you’re out and about, don’t go hungry,” says Sygo. “When people fall out of their routine, they become vulnerable to over eating or going through drive-throughs.”

RELATED: Freshening up the diet with simple five-step pesto

Don’t underestimate the power of a glass of water

Keep a glass of water at the desk, hydrate before and after the workout and drink water with meals. It’s basic, age-old advice but for those looking to lose weight, drinking water really does work. “We’ve said it so many times but the reason we’re repeating it is because we do interpret thirst as hunger,” says Sygo. She says that if there’s a craving you just can’t quite put your finger on, you could just be dehydrated.

Eat before going out for that late dinner

Eat before going out for that late Friday night dinner? That just seems counter-intuitive. When you understand the reasoning behind this piece of advice though, it makes a lot of sense. We’re not suggesting you chow down on a hefty club sandwich right before the dinner date. Rather, tide yourself over with healthy cereal, nuts or a banana on toast. A healthy snack will keep your eating habits on schedule and it will also mean the difference between showing up with a healthy appetite versus feeling ravenously hungry. “Have as few as six almonds. Even having that handful will leave you not feeling overly hungry,” Sygo says. Remember, going hungry can lead to making poor decisions once the menu is in hand.

Accept mistakes when they happen

“Try to eat well whenever you can,” says Sygo. Beyond that though, remember that mistakes do happen. Grabbing the fast food breakfast sandwich on the way to work doesn’t mean that the new eating habits are doomed. “Forgive yourself and move on,” Sygo says.