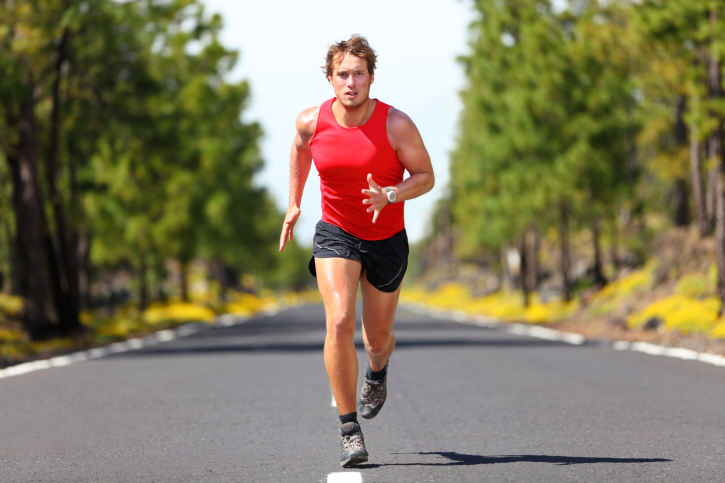 After another death at the finish of a half-marathon on Sunday, the question of if training for running events is healthy for middle-aged men is back in the spotlight. The number of men who die during or shortly after marathons has been increasing steadily. These deaths always manage to make headlines. It’s one of the strange ironies of the running world: training for a marathon—at least for men—at first glance, seems to lead to cardiac arrest and heart attack.

But the evidence doesn’t seem to support that. It’s true that the number of deaths, particularly in men, at or near the finish of endurance events has been steadily increasing over the past decade, but so has the sheer number of people participating in these events. Recent looks at the numbers find that the mortality rate as remained virtually unchanged over the previous decade. It sounds more dangerous because more people are participating.

In men, the fatality rate for running marathons stands at about one in 100,000. About one in 80,000 will have some sort of serious heart complication. This may seem frightening, but it’s actually not that bad. The rate of heart attack in marathon runners while they’re running is lower than in recreational athletes playing other sports and, of those who have a heart attack, the rate of survival is higher in marathoners. Marathoners have a lower rate of heart attack than young, healthy college sports participants, triathletes and also recreational joggers.

A 2012 study that looked at heart attacks while running  examined 59 different instances. Nearly all were men and of the 59 heart attacks, 42 resulted in deaths. Of those 42 deaths, the vast majority were found to have had preexisting, sometimes undiagnosed, heart conditions.

Many of the men who die running marathons have enlarged heart walls from training or undiagnosed conditions, such as hypertrophic cardiomyopathy. These are conditions that often get missed in regular physical examinations but are easily diagnosed by a ECG. One of the best ways to prevent heart complications while running is to bring up with your doctor (who you should already be visiting regularly) that you are, or are planning to start, running. Discuss the risks involved as well as your family and medical histories.

It’s important to remember that there are inherent risks involved in nearly everything. Running and strenuous physical activity is not an exception, but vast swaths of research show that the benefits greatly outweigh the dangers.