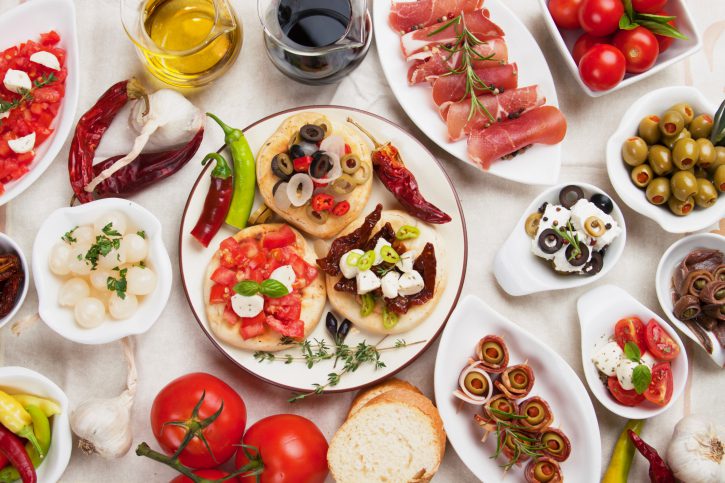 Extra-virgin olive oil and nuts may reduce the risk of diabetes.

New research published in the Annals of Internal Medicine has linked the Mediterranean diet with lower levels of diabetes in patients over 55.

Both groups who followed the Mediterranean diet had better results at the end of the study than the standard low fat diet, although the olive oil group fared best. Still, results were similar given the size of the study, which should be taken into consideration.